Arrival, Gilmore Girls: A Year in the Life, and More - The Weekend Chill 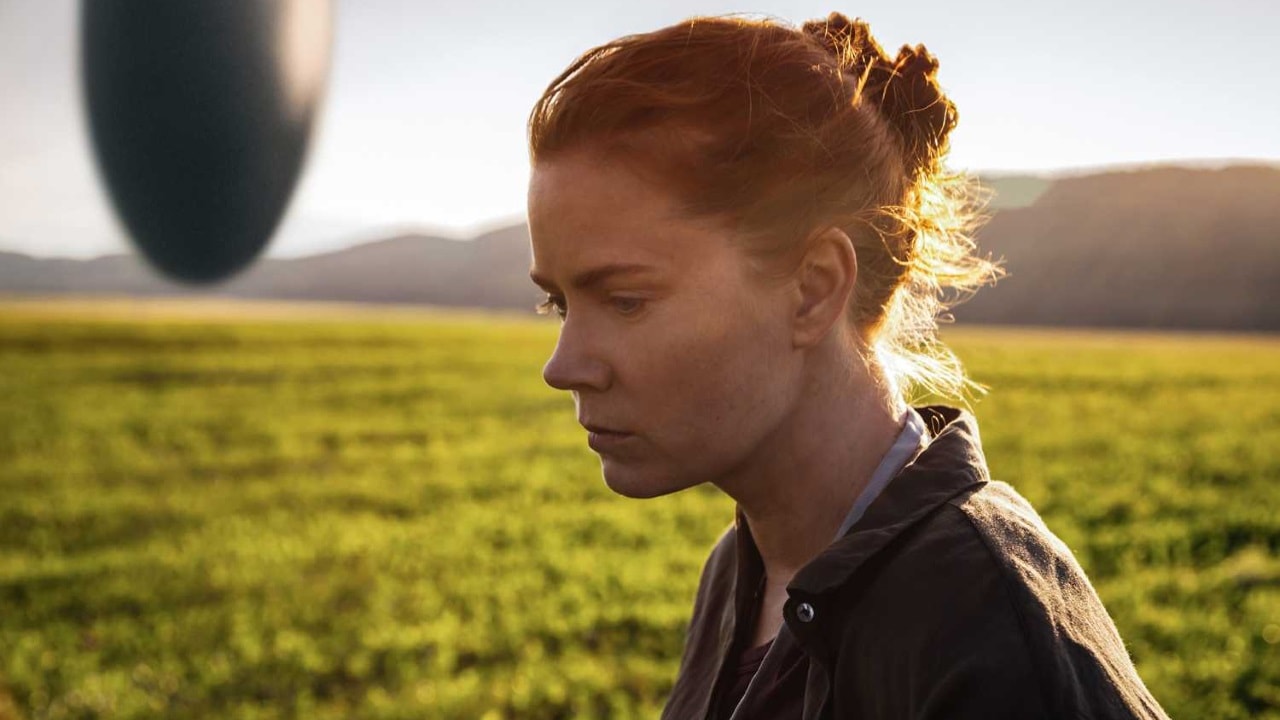 Over the past weekend, Disney announced that Game of Thrones’ Emilia Clarke – she plays dragon-queen Daenerys Targaryen, if you’re unaware – had been cast in the as-yet untitled Han Solo Star Wars standalone spin-off film. She joins Alden Ehrenreich and Donald Glover — who will be portraying Han Solo and Lando Calrissian, respectively – in the film set before the original Star Wars trilogy, just like the upcoming Rogue One. The untitled Han Solo film, directed by Phil Lord and Christopher Miller, is set to release May 25, 2018.

There was another Disney announcement at the start of the week too, in the form of a teaser for Pixar’s Cars 3. It seems to be taking a much grittier tone compared to the earlier movies, with desaturated tones and no joyous/ funny moments present. We will find out how good an idea that is on June 16, 2017.

Over on the third Disney front, Marvel said that Angela Bassett (American Horror Story) had been cast as the mother of Chadwick Boseman’s Black Panther – first seen in Captain America: Civil War – for his character’s solo film. The film, simply titled Black Panther, is scheduled for February 16, 2018.

After the release of Fantastic Beasts and Where to Find Them last week, author and screenwriter JK Rowling took to Twitter to reveal some details about the next four films in the same franchise. She said that the films will cover a 19-year timeline, starting in 1926 and ending in 1945. She also confirmed that Alison Sudol’s Queenie Goldstein would be part of the second film.

The upcoming Tomb Raider film reboot, pegged for a March 16, 2018 release, will explore Lara Croft’s (Alicia Vikander, of Ex Machina) roots as she searches for her lost father, producer Graham King revealed in an interview. He has said in the past that the film will be more character-driven, unlike the action-heavy movies starring Angelina Jolie.

Passengers, a sci-fi film with Jennifer Lawrence and Chris Pratt, now has a release date in India. It will arrive in cinemas on January 6, 2017 – a couple of weeks after its December 21 international launch. If you’re wondering what the film is about, here’s a trailer.

Film studio Fox provided a few release dates for some of its upcoming films, and may have given a clue about Avatar 2. Fox has set the date of December 21, 2018 for a film from James Cameron’s Lightstorm Entertainment, which we believe might just be the rather delayed sequel to 2009's $2-billion-plus hit, Avatar.

That’s all to come, though. Welcome back to The Weekend Chill, and here are the best picks for your upcoming weekend:

TV:
Search Party
Starring Alia Shawkat of Arrested Development fame in the lead, Search Party is about five self-absorbed twenty-somethings who are pulled into finding a former college acquaintance named Chantal after her disappearance. Dory (Shawkat) is obsessed with knowing what happened to someone she barely knew and cared about in college, and she forces her four reluctant friends - her sheltered and spoon-fed doofus boyfriend Drew Gardner (John Reynolds), her self-diagnosed narcissist gay friend Elliott Goss (John Early), her bubbly actress friend who craves the spotlight Portia Davenport (Meredith Hagner), and her journalist ex-boyfriend Julian (Brandon Micheal Hall) - into helping.

The show, created by Sarah-Violet Bliss, Charles Rogers, and Michael Showalter, has been described as a dark comedy, with a sprinkle of mystery and suspense thrown in – what with the missing person’s case. The first season of 10 episodes is available in its entirety on network TBS’ website, and the channel started airing episodes on TV at the start of this week – two per day to complete the full season by Friday. If you’re still on the fence about it, here’s a preview:

Gilmore Girls: A Year in the Life
During its seven-year run that started in 2000, Gilmore Girls’ fame came not only from the idiosyncrasies of its characters but also the heavy referencing of other pop culture phenomena peppered throughout. That was down to the consistent presence of creator-showrunner Amy Sherman-Palladino, and her husband Daniel behind the camera, who were together responsible for a lot of the writing. That changed towards the show’s end as the two quit in 2006 after failing to negotiate a new deal.

And the show didn’t last for long after they left, ending abruptly in 2007 itself. Now with showrunner Amy Sherman-Palladino back in the hot seat for the mini-series revival powered by Netflix, fans were hoping the four 90-minute episodes – which span four seasons – would deliver some closure after that abrupt departure.

According to early reviews, the new season does deliver on that front. Rory (Alexis Bledel) and Lorelai (Lauren Graham) Gilmore are back in Star Hollow, and so is the witty repartee.

Movies:
Arrival
Canadian director Denis Villeneuve has made a name for himself internationally in recent years, first with crime-thriller Prisoners in 2013 – starring Hugh Jackman, Jake Gyllenhaal, and Viola Davis – and then another crime-thriller, Sicario, in 2015 – starring Emily Blunt, Benicio Del Toro, and Josh Brolin. So naturally, there were a lot of expectations when his next venture, a sci-fi drama called Arrival, was announced with Amy Adams, Jeremy Renner, and Forest Whitaker.

The film is based on Ted Chiang’s short story “Story of Your Life”, but the final script that made into production is a drastically different tale. The basic premise goes like this: alien spacecrafts have arrived on planet Earth, and the aliens are emitting sounds no one understands. Enter Adams’ Dr Louise Banks, a professor of comparative linguistics, who is called in to help translate.

Arrival had its premiere back in September at the Venice Film Festival, and has garnered much praise after its wider release for its story, atmosphere, and Adams’ performance. If you love thinking person’s sci-fi, Arrival is right up your alley.

Kubo and the Two Strings
Travis Knight's directorial debut, stop-motion animated fantasy Kubo and the Two Strings is about a boy named Kubo, with magical powers, and without his left-eye. Using his shamisen, the Japanese musical instrument with three strings, Kubo can not only magically make origami with his tunes but also have them move as he likes. He lives alone at the top of a mountain with his mother Sariatu, who escaped with a young Kubo years ago after his father – a samurai warrior named Hanzo – went missing.

Produced by Laika, and involving the voices of Art Parkinson, Charlize Theron, Matthew McConaughey, Ralph Fiennes, Rooney Mara, and George Takei, Kubo and the Two Strings is a moving story – dark yet delivered with love – and is an excellent portrayal of how to deal with grief. Easily one of the best animated films of 2016, the film’s release on home media is your best chance to catch it since it never released in India.

How to access: Amazon US, iTunes US, Google Play Store, and Microsoft Store
Time commitment: 1 hour and 42 minutes

Lo and Behold, Reveries of the Connected World
German film-maker Werner Herzog has a knack for documentaries; he’s been making them since 1969. The topic for his second latest – he has released two docs just this year – is the Internet, and its impact on our civilisation. More specifically though – Lo and Behold, Reveries of the Connected World is a look at our relationship with machines – be it robotics, AI, the Internet of Things, and more – and how the inter-connected and dependent nature of it is changing and affecting us on a day-to-day basis.

For the film, Herzog spoke with not only the pioneers of the technology world – Bob Kahn, Elon Musk, and Sebastian Thrun – but also with regular people who will bring in the next big thing or have been deeply affected by the Internet – including a computer scientist at Carnegie Mellon teaching robots to play soccer, or a group of people who claim to have electromagnetic hypersensitivity and live in a cellular-free environment in the Appalachian Mountains.

Lo and Behold focuses on a timely topic when our society would be lost without the Internet, which makes it required viewing, even during its least engaging moments.

Other mentions:
Hell or High Water may have flown under the radar upon release – it never made it to India, if you’re wondering – but it was a solid film, starring Chris Pine and Ben Foster, penned by Sicario writer Taylor Sheridan, and directed by David Mackenzie, who was also behind the gritty prison drama Starred Up in 2014. It’s now available on home media, and a whole bunch of streaming services.

On the television front, the third season of The Affair – a show we recommended back in August as well – began airing earlier this week in the US on Showtime, and on Star World Premiere in India every Thursday at 10pm.

Video games:
Unfortunately, there were no good releases this week. But with Black Friday mania in the US, all of the online stores – PlayStation, Microsoft, Steam, and Origin – are hosting big sales on hundreds of games. Here are some deals on games that we’ve recommended previously in this column:

Happy gaming, folks. All sales have varying periods, so be sure to read carefully – and if you do end up missing out, remember there are always winter sales in December/ January.