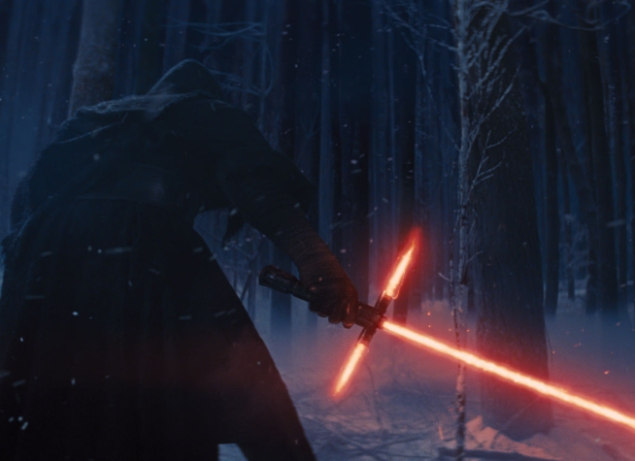 With the better part of a year still to go before the planned release of Star Wars Episode VII: The Force Awakens, the film is in the news again as Apple's Jony Ive revealed in an interview that he suggested to filmmaker JJ Abrams that the lightsabers should have a more "spitty" look, with ragged edges to make them look more primitive and ominous.

Even Ive knew better than take full responsibility for the three-bladed design that's polarised opinions since it was first spotted in the trailer for The Force Awakens, but in an New Yorker article, Abrams admitted Ive made other "very specific suggestions" about the look of the lightsaber.

The new lightsaber is the source of a lot of controversy of course - but that's to be expected of any retread of a popular franchise, especially in the age of Twitter and Facebook. Most of the complaints have focused on the cross-guard that's made out of mini-lightsabers. Many fans have argued that using a weapon like that would lead the lightsaber wielder stabbing his face or lopping off a limb in the middle of a battle. Others also pointed out that since the handle of the miniature blade appears to be metal, the blades wouldn't work as cross-guards. Stephen Colbert addressed this last concern in a hilarious video:

But while we're ambivalent about the cross-guard, the "more primitive" flickering lightsaber we saw in the trailer is a little bit more annoying. Why does the technology in the Star Wars world keep getting worse? The prequels - released between 1999 and 2005 - looked like they were designed by people who were looking at the iMac. The original trilogy, set just about 30 years later, features a galaxy of broken down hulks. Gone are the smooth curves of the original, replaced by blocky, bulbous designs for the rebels, and extremely sharp lines for the Empire's fleet.

And now, another 30 years later, even the lightsabers are becoming more primitive? What is going on in that universe?

It's actually pretty funny that Ive - who is famously associated with minimalist design and inspired by Dieter Rams - would come up with the idea of turning a laser-sharp weapon into one that looks more like a burning flame. When you put this in context of the original design of the lightsaber, it seems even more unnecessary. 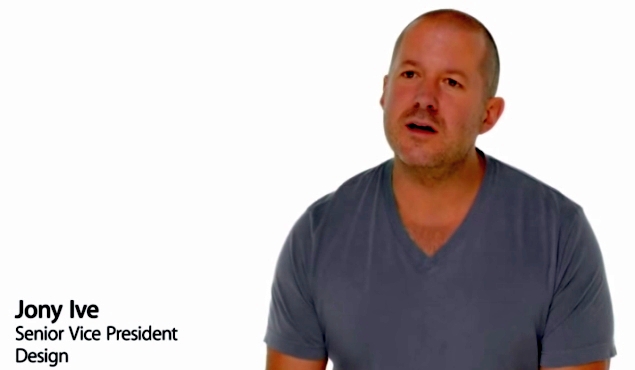 The lightsaber was first created for Star Wars in 1977 by Korean designer Nelson Shin. In an interview, he talked about the process that was used to make it work.

The original lightsaber was made using rotoscoping, where you essentially add animation elements on top of real filmed elements frame by frame. In the interview, Shin says that the lightsaber was modelled after a fluorescent tube:

I explained to them since the lightsaber is light, and the light should look a little shaky like fluorescent tube. I suggested that when printing with optical printer, one frame should be inserted so that one could be printed much lighter than the other. By that way, it would look like a fluorescent tube or laser. I also asked them to pass on the information that when adding the sound, a degauser, which is used in deleting tapes, should be placed on the top. Then, this device would make sound, because it has magnetic field like light streaming.

But while Shin's lightsaber was shaky, it had clearly marked edges. He had suggested that the filmmakers use an exacto knife (a thin razor-like blade used for making precision cuts) to give the lightsaber a very sharp look.

They showed the product from behind with over the shoulder on the small screen, and it was excellent. I did not expect such effects at all. The team had followed my advice on adding sound, and on using an exacto knife to cut the paper to give a very sharp look of light.

The result of this process was an iconic weapon that was part magic and part science. In some ways, the lightsaber was the most Apple-like design from the movies - it's even described as "an elegant weapon, for a more civilised age" - and it's extremely ironic that Apple's own designer is the one who helped take that away from us.

Xiaomi Cracks Down on Profiteers With Second Mi 4 Flash Sale
Don Bradman Cricket Review: If Cricket Is a Religion, This Is Prayer