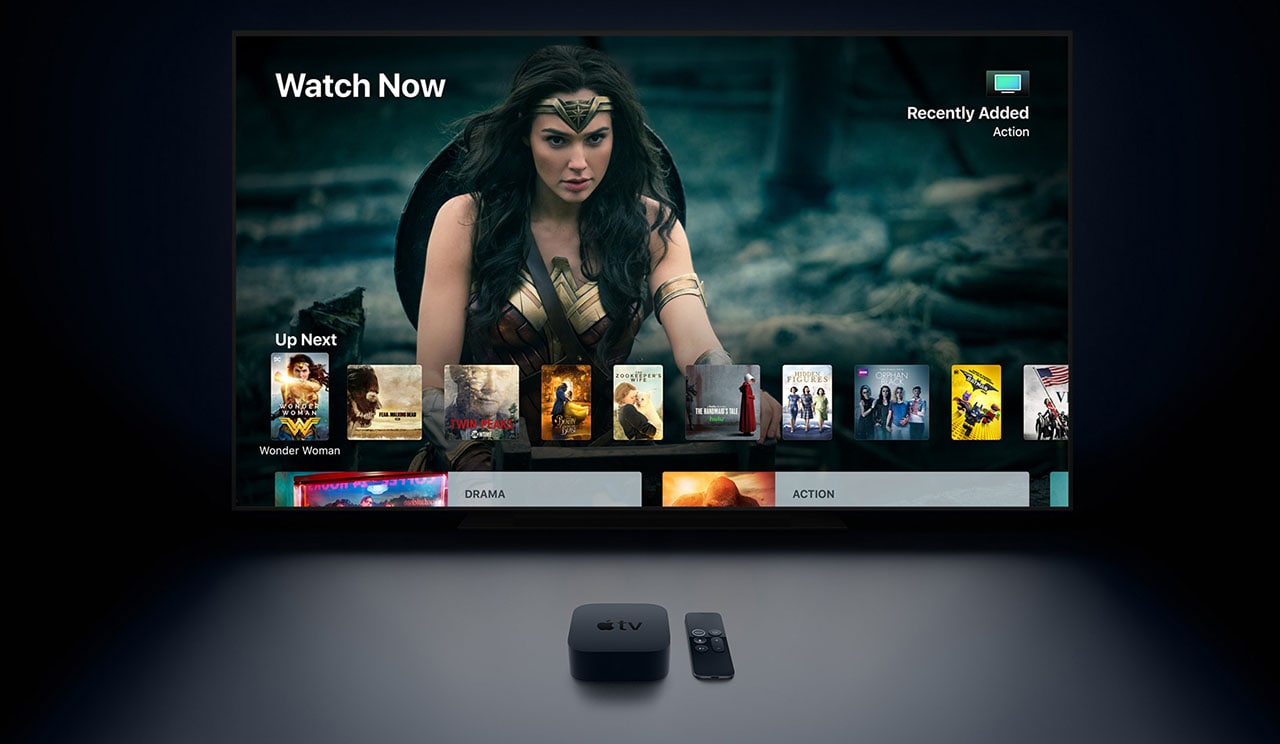 It's still nowhere near mainstream, but 4K HDR – the newest upgrades to picture quality – is starting to become more accessible. And if you're deciding to take the plunge in 2018 with a 4K HDR TV, you've (hopefully) also wondered what kind of content you'll get. The easiest options – provided you have a fast enough Internet connection – are streaming services, of course: both Netflix and Amazon have been building up their catalogue.

But then there are those of us who want the absolute best, as soon as possible. It can take months to years for movies and TV shows to arrive on streaming, and never in some cases – not a single Bond film, most of which have gotten a 4K remaster, is to be found anywhere. For people like us, there are only two viable options in India: Blu-ray or iTunes.

That means getting a 4K Blu-ray player (not the same as a Blu-ray player) or the Apple TV 4K, which is currently the only way to get 4K iTunes content onto your 4K HDR TV. So which one should you go for? We take a look at the pros and cons for both.

The first thing to consider, of course, are the capabilities and limitations of the hardware you purchase. The Apple TV 4K costs Rs. 15,900 in India for the 32GB version, and it's the only 4K streamer that's officially available in India. You can buy or rent movies from iTunes, or you can stream 4K HDR content from the likes of Netflix and Amazon.

Apple TV 4K supports both HDR10 and Dolby Vision, but there's no support for Google's VP9 codec so that means no YouTube in 4K. Moreover, it also doesn't have support for Dolby Atmos (though it's on the roadmap, it says), so if you've recently invested in a compatible sound system or plan to, you'll lose out on that benefit.

On the other hand, 4K Blu-ray players are really hard to come by in India, with the easiest option being the Xbox One S, which starts at Rs. 24,500. Most, if not all, Blu-rays sold in India tend to be region-free though, which means you can opt to buy a 4K Blu-ray player where they're more easily available.

Blu-ray players are also capable of streaming 4K content from Netflix and Amazon, though HDR support varies by device. And unlike Apple TV 4K, most Blu-ray players have support for Dolby Atmos, but do check the specifications before you buy.

Apple TV 4K vs 4K Blu-ray: Catalogue
The size, variety, and cost of the content catalogue is one of the most important aspects to consider when it comes to picking a 4K player. Apple doesn't provide TV shows on iTunes Store in India, and it has slightly over 2,000 movies. Of those, just 57 are available in 4K HDR. By comparison, iTunes in the US has a collection of 27,000 movies and TV shows, with 265 in 4K HDR.

If you opt for Blu-rays, Amazon.in gives an option to buy over 6,000 movies and TV shows. About 350 of those are available in 4K, and roughly 90 in 4K HDR. You can also browse the 70,000-strong collection on Amazon.com, with 530 titles up for purchase in 4K and about 90 in 4K HDR, though you'll need to be aware of region-coding. Unlike digital purchases, Blu-rays – like DVDs before them – are locked to certain regions, for various reasons.

Thankfully, most studios are opting for region-free discs with their 4K titles which means you can buy a 4K Blu-ray from the US and play it in a player made for India. But this only applies to the main 4K disc, and not the standard Blu-rays that come with the set, and usually carry movie extras such as deleted scenes, featurettes and so on. That takes away one big aspect of getting Blu-rays in the first place.

As for pricing, iTunes will always be more affordable when it comes to 4K HDR content, as opposed to Blu-ray. In India, a new release costs Rs. 590 on iTunes, and Rs. 2,699 on disc. Of course you're paying more for owning a physical version of your favourite movie, the fact that there's no DRM (so you can exchange with friends), and you also get extras that we talked about above.

Movies and TV in 4K: Yay or nay?
Before you buy the 4K version of any content, it's worth checking if the studio behind it has put in the effort to give you the best possible image. We're going to get technical for a minute, so you can skip two paragraphs for the summary. For films and TV to deliver a proper 4K version, they need to tick a few boxes: a) they have to be shot on 35/70mm film stock, or a 4K digital camera; b) the editing and mastering has to be done in 4K; and c) the VFX has to be rendered in 4K too, if any.

Due to the high costs involved in ensuring all three, studios usually opt for a final master at 2K. So when they decide to have a 4K Blu-ray release, the content is merely upscaled from 2K to 4K, instead of going through the entire process from the start (which would cost a lot more). This means there's minimal improvement in visuals between the standard Blu-ray and the 4K Blu-ray version of most movies.

Thankfully, there are websites that keep a track of this, and help sort out the 'real' ones from the 'fake' ones. One such site is actually called just that, RealorFake4K.com. So before you spend your hard-earned money on a 4K film or TV show, make sure what you're getting deserves it. Planet Earth II, the stellar BBC documentary series, and Christopher Nolan's Dark Knight trilogy are a couple of examples of true 4K HDR content.

The biggest issue with 4K movies on Apple TV 4K is that you can only stream and not download them. This annoying restriction is likely due to a combination of licensing issues and the Apple TV's measly storage options (32 or 64GB).

Apple recommends an Internet speed of 25Mbps for 4K streaming, so you'll definitely need to take that into account if you plan to stick with Apple TV 4K. Plus, low data caps – known as fair usage policy or FUP in India – are a further restriction, and can seriously impact your choice. If you don't get a steady 25Mbps, Apple TV 4K will automatically switch down to a lower resolution, which defeats the point.

This also means that you can't watch 4K movies on Apple TV 4K if you're offline. There are no such troubles with 4K Blu-rays, with the only word of caution being the aforementioned region coding. It's also worth noting that physical discs have a lifespan, so they're prone to corruption over the long run unlike digital purchases. You can choose to rip them for personal use (it's only illegal when you share with others), but it's not easy to bypass the copy-protection on Blu-rays.

One of the good things Apple has done is that it's promised to upgrade every HD movie you own on iTunes to 4K HDR for free as and when they get remastered. For those with extensive iTunes libraries, that would count as a big plus in the Apple TV 4K column.

You can also watch 4K iTunes content on other Apple devices, including the iPad Pro (2017), the iPhone 8 and the iPhone X. Of course, it's a lot harder to tell the difference between 4K and full-HD on small screens. And lastly, because the content is streamed directly, it's always quicker than waiting for a Blu-ray to be shipped to you.

Are you planning to setup a 4K HDR system in your living room? Do you've any questions? Leave them below and we'll do our best to answer them.

Revised Suit Faults Google for Asking Hires About Prior Pay