Apple TV 4K Finally Catches Up to Its Competitors 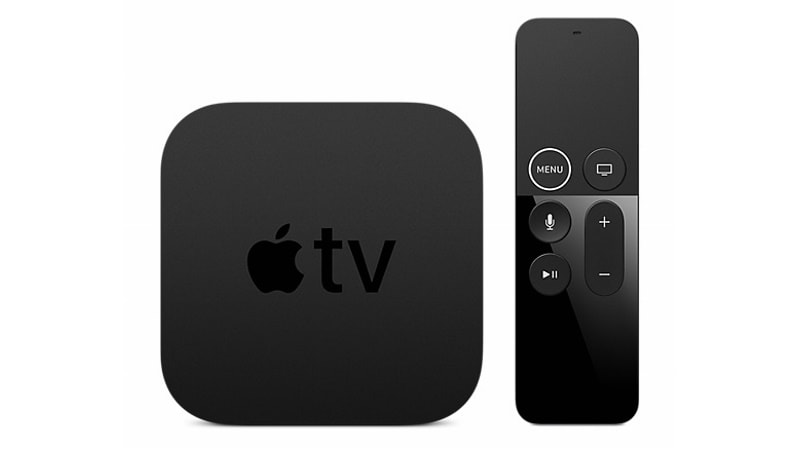 Apple is ramping up its push into the living room, making sure that its main vehicle for its entertainment ambitions - the Apple TV - is ready for the future. By adding support for 4K content, Apple joins competitors such as Roku in offering super-high definition quality for shows and films.

But, because it's Apple, this 4K version has its own particular flair. The company provided me with a review unit to test before it hits store shelves Friday.

Before we dig in, we should make something clear: Apple TV 4K is not an Apple 4K television set. It's a 4K-ready version of the existing Apple TV, a hockey puck-sized box that plugs into your television, allowing you to access any movie or show you've bought through iTunes, as well as through streaming apps such as Netflix or Hulu. Apple is also adding Amazon Prime Video - the last of the major streaming services it didn't yet have - sometime this year.

(Amazon chief executive Jeffrey Bezos is the owner of The Washington Post.)

Apple succeeds in its main objective with this upgrade: 4K content looks great, on a 4K television set. The picture is detailed, with notable added depth and clarity thanks to the HDR (high-dynamic range) technology Apple has also put into 4K.

There is a fair amount of 4K offerings available. Many of the streaming services, including Netflix and Amazon, have a library of 4K content that pops nicely with the Apple TV 4K. Apple is also adding 4K content to its iTunes story for the same prices as high-definition content. Users who've previously bought HD versions of shows or movies will get a 4K upgrade automatically, when available.

Even if you don't have a 4K television - and many of you may not - there are still some improvements in this update for you, big and small.

The new box has a new chip at its heart, which improves performance overall. Apple boasts that its central processing unit is twice as fast and its graphics processor is four times as fast. Practically speaking, it means that navigation is zippy, as are Siri queries. You can use Siri, by the way, to find 4K content for you on Apple TV.

There are other, smaller upgrades, as well. The Apple TV remote received a subtle but useful redesign that added a textured ring to the menu button. If you've ever fumbled on the couch without your glasses for the Apple TV remote and found yourself holding it upside-down, you appreciate the new tactile differentiation. (Not that I speak from experience, of course.)

Apple has also put quite a bit of work into its integration with other devices. If you have more than one Apple TV, for example, the new "One Home Screen" feature in the latest operating system lets you sync the home screen across multiple set-top boxes. That way, you don't have to redownload everything to a new box. And if you decide, for example, to ditch a subscription and its corresponding app at some point, that change will ripple across all your boxes.

The Apple TV app, one of the default apps included on iPhones and iPads, also syncs with the Apple TV 4K so that you can pick up a show on your mobile device at the same point where you stopped watching it on your television.

Still, your decision about whether to buy the Apple TV 4K - which starts at $179 (roughly Rs. 11,600) - will likely rest on whether you have a 4K television. If you do, then the Apple TV 4K lets you get the most out of that investment and can even expand the amount of stuff you can watch at that quality level.

If you don't? Well, it's not as compelling a sell. But if you're planning to upgrade your television in the future, you could spend your money now to know you'll have something to watch on your future new set.