Self-Driving Tech May Be Ruining the Tesla Model S 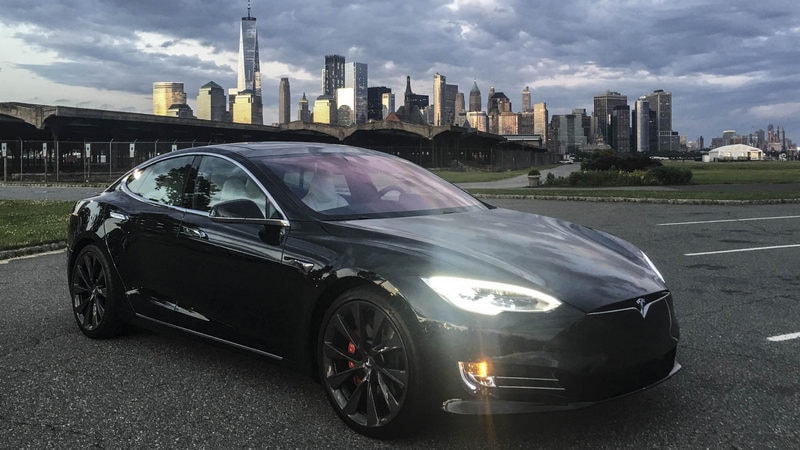 Much of the endless stream of chatter surrounding Tesla lately has centred around topics other than what the company actually sells.

Tesla's plans to slash 9 percent of its workforce have featured prominently, as has the dating life of its founder, Elon Musk.

There's also much to discuss when dealing with Tesla's financial health. According to data compiled by Bloomberg last month, the company burns through more than $7,430 (roughly Rs. 5.07 lakhs) every minute, and free cash flow-the amount of cash a company generates after accounting for capital expenditures-has been negative for six consecutive quarters. That negative amount reached a bloated $1 billion (roughly Rs. 6,800 crores) when Tesla reported earnings May 2.

So I wanted to write about something the company continues to get right: cars. Tesla may not have intended its up-to-seven-person sedan to be a car that makes you want to drag race at every stoplight, but that's exactly what it is. Last week, I tested the latest technology in the Model S P100D as a way to check back in with the brand, and it gave me that feeling of power and adrenaline. A sedan!

I say this as someone who was driving a 2018 Porsche 911 T the previous day. A few days before that, I was behind the wheel of a 460-horsepower Ford Mustang GT and, before that, an Aston Martin DB11. With a 2.5-second, zero- to 60-mph sprint time, the Tesla Model S P100D eviscerates anything that dares toe the starting line alongside it.

The juxtaposition of all those cars raised a conundrum I kept chewing over as I drove through New York. Tesla's sales strategy-and its current pricing structure-is aimed squarely at attracting everyone besides people who love the act of driving: commuters, tech-nerds, first-adopters, wealthy Californians keeping up-anyone who might be the opposites of all you dear stick-shift diehards and track-fiends. Yet the Model S P100D still delivers an authentic, and powerful, driving experience sure to pump adrenaline through the veins of even the most discerning driver.

But as Tesla continues to add layers of autonomous and self-driving faculties to its products, it threatens to dull and eventually remove that thrill of being a driver-exactly what I've always found the car's most pleasurable surprise. Is the comfort of technology taking care of things for you worth giving up the fun of an actual experience?

For what it's worth, Tesla isn't alone: Mercedes-Benz, Volvo, Cadillac and other luxury brands all offer varying levels of self-driving systems that, over time, are increasingly removing human involvement from the act of driving. These are brands with excellent histories in automotive sport; forward-looking nostalgia over their evolving departure from human driving already pains many auto sport enthusiasts.

When I picked up a navy-colored Model S P100D to drive for a few days in New York last week, it had been three years since I drove a Model S, one year since I killed time at a Denny's along the California coastline in the Model X, and six years since I rode around Los Angeles with Musk in his Tesla Roadster as part of a story I wrote about him.

So, although it had been some time since I'd had my hands on the wheel of a "new" Model S, I figured there be little new to report. After all, this is the company that famously doesn't pin model years on its cars. Technically, there is no 2018 Tesla Model S. Instead, Musk and his crew continually feed existing cars software updates that gently advance them in capability and ease that is, in theory at least, always on par with the ones rolling off the production line.

Indeed, aside from additional new colourways for the interior (including the starkest ermine white on which you'll ever sit) and the barest touch of a refresh on the front fascia, there's nothing significant that is physically new to see here at first glance. But the presence of the virtually invisible crash-avoidance and park-assist cameras has multiplied: There are many 360-degree rear-, side, and forward-facing cameras.

In addition to those is a 250-meter forward-facing radar that provides a long-range view of distant objects, and 12 ultrasonic sensors that detect nearby cars, prevent potential collisions, and help with parking. (A cool "summon" function will allow the car to un-park itself and come to you in instances of tight parking spots; you activate that function by using the Tesla app on your phone.)

The cameras serve self-drive functions that are light-years ahead of the prototype I drove with Musk up Manhattan's West Side Highway years ago, the most impressive of which is the hardware for what the company calls "Enhanced Autopilot." This works kind of like a smart cruise control that you engage by pulling a rod on the steering wheel toward you a few times.

This time, as I rode up the same wide, meandering highway next to the Hudson River, I was joined by two public relations specialists who coached me through the feature, which is already primed to be able to do total autonomous driving as soon as legal and liability issues are ironed out with regulators in Washington. It will accelerate to whatever speed you want over the posted speed limit and brake, unless you're coming to a stoplight with no car in front of you, in which case you must brake yourself. It will also change lanes, though not, perhaps, as aggressively as you'd like.

You still have to keep your hands on the wheel-a sensor detects when you lift them and disengages the automatic system. I also had to perform more complicated tasks such as merging lanes to do a U-turn and exiting the highway back into the Meatpacking district, near Tesla's store. An impending update to the software will provide automatic exit functionality, one of the PR women told me.

We drove using the autopilot for fewer than 15 minutes, and I'll admit I was happy to leave the whole thing behind. I didn't trust it, the same way you don't trust the feeling of inhaling underwater when you first learn to Scuba dive: It feels unnatural. Letting the car operate without me as I approached a stoplight went against my deeply conditioned instinct to push the brake pedal when I need to stop.

As a classic first-born child-a New Yorker, Scorpio, red-blooded, emancipated woman, among other things-I like to be in control of my own destiny. I don't want any computer controlling how quickly I dart into and out of Manhattan traffic. (Often, the Tesla's autopilot choices weren't quite as aggressive as mine.) Having patience with Uber drivers is challenge enough.

The real joy of driving the Model S comes in flying out on Interstate 405 for a late-night airport run in California, cruising through the Holland Tunnel under the Hudson in a blur of white lights and cement, and floating over New York's Verrazano Bridge under a black sky filled with satellites and stars.

The car drives like a dream, with that famous instant acceleration that, despite having driven plenty of quick things recently, caught me by surprise the first time I pressed the gas and then thrilled me to no end the longer I drove. Forget hypercars from Koenigsegg or Hennessey right now; they're still using that dinosaur-bone black liquid from pre-history to fuel up. The P100D with Ludicrous mode engaged is the closest you can actually feel, for now, to piloting a vehicle from the future.

Will Tesla eventually make the car fully autonomous? Probably. But it'll lose something when that happens. Cars, even with the frustrations of crawling traffic and limited parking, represent one of the last tangible ways to embody-to feel-power and self-determinant freedom. The Tesla Model S P100D is one of the best underrated true driver's cars out there. I'd vote to keep it that way.