Elon Musk Has Downsized His Dreams to End Climate Change

Tesla, yet again, appears to be delaying its plans to ramp up its solar business. 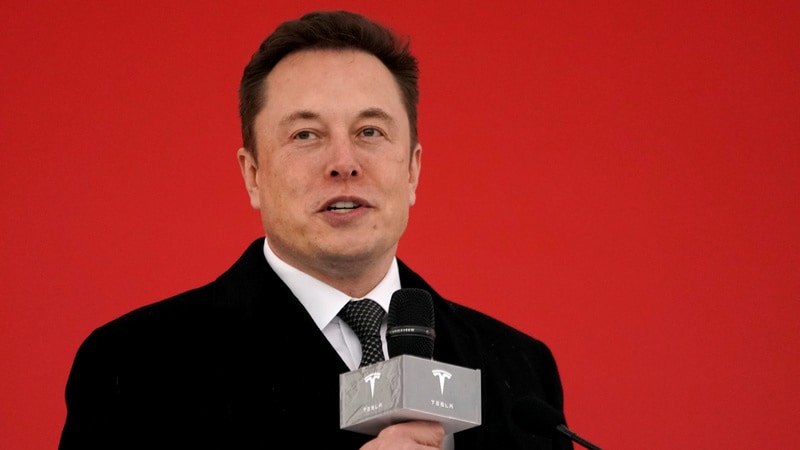 Last week, Tesla's stock dropped to its lowest level in almost two and a half years following another fatal vehicle crash involving its much-touted autopilot navigation system, and a vow from Chief Executive Officer Elon Musk to introduce more "hardcore" cost-cutting measures to save the company from running out of cash in 10 months.

So it should come as no shock that Tesla, yet again, appears to be delaying its plans to ramp up its solar business. Reports surfaced last week that Tesla is exploring different products for its solar Gigafactory in Buffalo, New York, due to slumping sales, and that the vast majority of solar cells manufactured at the plant by its partner Panasonic are actually shipped to overseas rivals, instead of being used in Tesla's "Solar Roof."

With so much scrutiny focused on delays and shortcomings in Musk's vehicle portfolio, it's easy to forget how core this solar product was to the automaker's sustainable future just a few years ago, back when Musk sold it as the missing piece of his clean-energy vision.

In October 2016, at a launch event in California, Musk showed off new textured glass tiles Tesla designed to look like regular rooftop shingles, but ones that, with solar cells embedded inside, could generate electricity. The Solar Roof wowed media and audience members, and followed a now almost cliché Tesla formula: The company accepted big deposits for customer preorders, only to delay the product's delivery multiple times due to some variation of "production hell" and technical complexities. As Bloomberg Businessweek reported in a recent feature on the endeavour, the company was producing barely enough Solar Roof shingles at its Buffalo factory to cover around three homes per week.

In Tesla's perpetual state of product triage, critics often highlight such issues as evidence of Musk's unfortunate habit of overpromising and underdelivering on his commitments. The risk, the conventional wisdom goes, is that shareholders might one day no longer buy into Musk's magnetic hype.

But there's a sense this danger runs deeper: This isn't merely a matter of a faltering reality-distortion field, but actually a question of Tesla's underlying mission. After all, as Musk outlined in his 2006 "Master Plan," the company's success was premised on developing an affordable high-volume sedan (the Model 3) and then rolling out solar power to the masses; Musk even revised his master plan with "Part Deux" in 2016, in which he reoriented Tesla's future entirely around the Solar Roof, a justification for his controversial, multi-billion dollar acquisition of his cousins' struggling solar company, SolarCity.

Yet since then, it's clear Musk has strayed far from his grand strategy. Though Tesla hasn't fully delivered on the promise of a $35,000 (roughly Rs. 24.5 lakhs) Model 3 and thousands of customers are still waiting for their Solar Roof preorders to be fulfilled, Tesla has embarked on new plans to develop a Model Y, a semi-truck and a high-end roadster. Meanwhile, at last count, Musk still hadn't visited his Buffalo solar factory, the company recently laid off a subset of plant workers there and has continued gutting its solar sales channels.

When Musk first pitched the public on adding solar to Tesla's already complicated roadmap, he called the plan a "no-brainer." It's now increasingly feeling like a head-scratcher.