Delhi to Mumbai in 80 Minutes? Hyperloop One’s Vision Is Great, but Don’t Get Too Excited 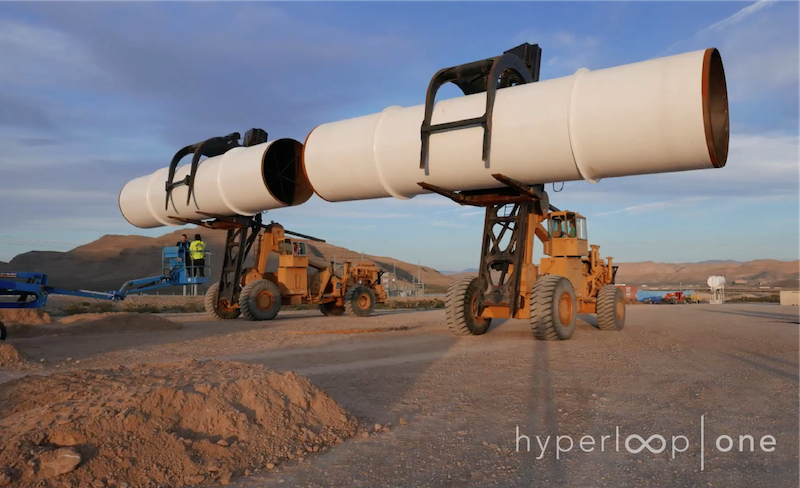 Want to zip from Delhi to Mumbai in 80 minutes? Then you might be interested in Hyperloop One. It’s one of the moonshots driven by entrepreneur Elon Musk’s vision. Hyperloop One wants to create a near vaccuum tube over large swathes of land to transport people and cargo at near-flight speeds.

If the vision becomes a reality, we could see autonomous (self-driving) pods zooming between distant cities at over 1,000 km/h. On Tuesday, Hyperloop One held an event in Delhi to showcase its vision for India, and to discuss possible routes across the country.

It's been generating a lot of hype, and the idea itself is definitely appealing. However, the important thing here is that all of this is just a plan right now, and there are many hurdles ahead of it. First of all, the technology is just not ready yet. That's not a small concern, and yet that’s the part you can be most optimistic about, as the transportation technology has been progressing rapidly.

Hyperloop One has a major trial coming up in Nevada in the US later this year and that’s when we’ll have a real idea of the company’s progress.

The second big problem for the company in India is the regulatory framework, which isn’t really built to deal with advancing technology as of now. For starters, does Hyperloop One fall under the railway ministry, or under civil aviation. Railway Minister Suresh Prabhu was present at the event so one has to assume that the company thinks this is a high-speed rail line. Yet competitor Hyperloop Transportation Technology (HTT) didn't meet with the railways minister - instead, its team met PM Narendra Modi, and Transportation Minister Nitin Gadkari.

Prabhu didn’t say anything concrete, and seemed to encourage the company to get its technology ready and make a pitch for high-speed transport in India. He instead talked about the bullet train project that the government is working on, and looks forward to redefine “high-speed” rail networks as those that hit over 1,000 km/h, instead of the current standard (over 500 km/h).

Amitabh Kant, chairman of Niti Aayog, was also at the event. He said the organisation is ready to provide the support needed to help the company realise its vision of ultra high-speed transport and wished them luck. However, he too did not say anything definite about bringing the technology to India. Hyperloop One has a long way to go and we’re sure it’ll face several challenges, of which land acquisition - in a country as densely populated as India - will not be the least.

That hasn't stopped people from trying to figure out how to best make this technology work. Six of 35 semi-finalists from Hyperloop’s global challenge proposed different routes for India. These include Dinclix GroundWorks, which proposed a route fro Delhi to Mumbai via Jaipur, and Indore. The team wants to send Hyperloop pods across 1,317 km in 55 minutes. However, for now, we must remember that these are simply ideas on paper, without any testing in the real world.

To temper everyone’s excitement at wild claims such as getting from Delhi to Jaipur in 17 minutes, it’s wise to remind everyone that the government’s proposed high-speed rail link between Mumbai and Ahmedabad is due to start construction in 2018 and be ready by 2023. That is with existing technology. Imagine how much longer this will take for technology that isn’t even ready.

Hyperloop One claims to be the only one building a functional hyperloop system but we’ll only know whether it’ll ever come to fruition after its trial in Nevada. Until then all of this is pure speculation, and its best to contain your excitement.