As Trial Begins, Google Spinoff Waymo Says Uber Decided 'To Cheat' to Get Ahead 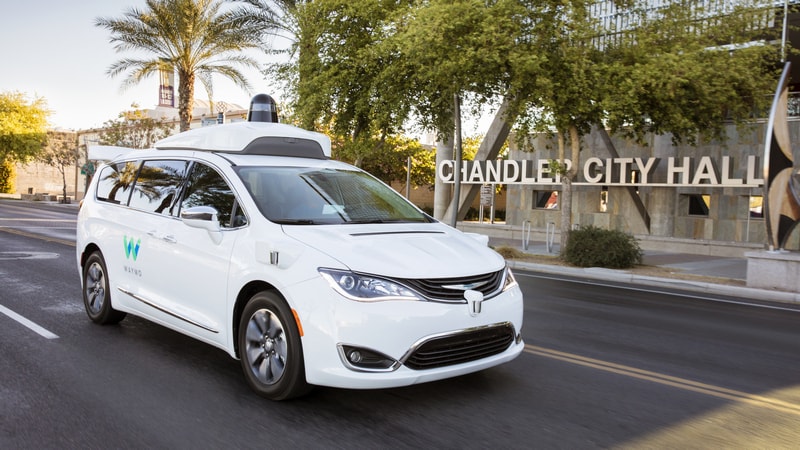 Two tech giants racing for a lead in autonomous driving clashed Monday in court as former Google car unit Waymo's lawyer argued that Uber's boss deliberately chose "to cheat" to get a leg up on competitors.

The accusations flew in the opening day of a blockbuster tech sector trial in which Google parent Alphabet's Waymo division is seeking at least $1 billion (roughly Rs. 6,400 crores) over the theft of secrets from its self-driving car program.

In opening remarks before the jury in San Francisco federal court, Waymo lawyer Charles Verhoeven maintained that Uber's founder and former chief executive Travis Kalanick made the decision to use stolen trade secrets to enable the global ridesharing giant to move into autonomous driving.

"He made a decision and the decision was to cheat," Verhoeven said.

"He made the decision that winning was more important than the law."

Uber has denied the allegations, which stem from a lawsuit claiming that former Google car executive Anthony Levandowski took thousands of files before leaving the unit for a startup called Otto later acquired by Uber.

Verhoeven said Kalanick -- who was ousted as CEO last year amid a move to reform Uber's workplace culture -- realised his company was lagging in efforts to develop autonomous technology and decided to take a dishonest route.

Kalanick told his colleagues that "this all about winning," the lawyer argued, and that Uber knew it could not catch Waymo because the Google car unit was "ahead of the pack."

'No conspiracy'
Uber attorney Bill Carmody sought to downplay the accusations and said the evidence would prove "there's no conspiracy."

Carmody said evidence would show Google and Waymo were failing to invest enough to keep the most talented staff, enabling Uber to hire them.

The Uber lawyer pointed to one email shown in court in which the former head of Google's car unit complained that "we have stopped playing to win" and noting that Uber "is acquiring the people I suggested we hire 1.5 years ago."

In this context, Carmody said that for Uber, "spending hundreds of millions for (Otto) to get trade secrets, it doesn't make sense."

If Waymo prevails, the trial could deal a severe blow to Uber's efforts to widely deploy self-driving vehicles as part of its ridesharing operations -- a field that also includes Waymo and other rivals.

The trial comes with Uber seeking to turn the page following a series of scandals over alleged misconduct and a cut-throat workplace culture, as new chief executive Dara Khosrowshahi strives to get the company on course and prepare for a stock market debut in 2019.

With Uber's scandals becoming increasingly public over the past year, Judge William Alsup felt compelled to tell the jury to focus on the facts, not on Uber's reputation.

The trial could last up to three weeks, with witnesses likely to include Kalanick, Levandowski and key Google executives.

To prevail, Waymo must show not only that documents were misappropriated but also that they were used for "unjust enrichment."

Documents introduced in court showed that Levandowski downloaded 14,000 documents from Waymo the same day he met with Uber in 2015.

John Krafcik, the current CEO at Waymo, testified Monday that Levandowski's departure "was a complete surprise to me," and added that "I felt some disappointment with him leaving without telling me."

Krafcik said the company is suing because "parts of our technology was taken from us."

Documents showed Uber wanted to deploy 100,000 autonomous cars by 2020 but needed to catch up with Google, which had been testing the technology for seven years.

One document said to have come from Kalanick suggested Uber find "cheat codes" to help advance its program and added that "it is war time."

Kalanick is expected to be a witness in the trial, and some top Google executives including co-founders Larry Page and Sergey Brin may also testify.