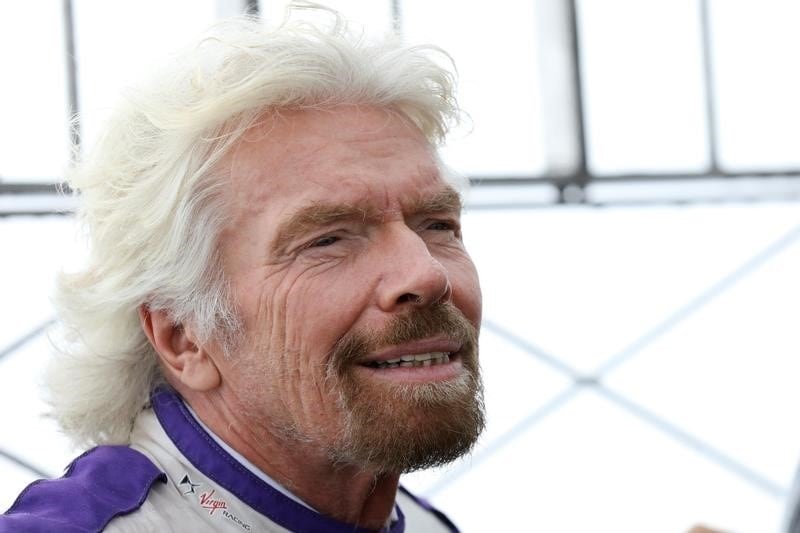 Richard Branson's Virgin Group announced Thursday it is investing in Hyperloop One in a strategic partnership aimed at establishing new passenger and cargo transport services for the superfast rail concept.

As part of the deal, Branson will join the board of the California startup, which will be renamed VirginHyperloop One in the coming months, according to a joint statement.

No financial details were immediately available.

Branson, a British billionaire with investments in retail, music and airlines, said he believes in the new system, which aims to deliver transport at near-supersonic speeds in sealed tubes.

"After visiting Hyperloop One's test site in Nevada and meeting its leadership team this past summer, I am convinced this groundbreaking technology will change transportation as we know it and dramatically cut journey times," said Branson.

"Virgin has been known for investing in and creating innovative companies over the years, and I look forward to making history together as we bring Hyperloop to the world as Virgin Hyperloop One."

'Natural fit'
Shervin Pishevar, co-founder and executive chairman of Hyperloop One, said the partnership "feels like a natural fit."

"Virgin is an iconic brand and having Richard as an ally will help strengthen our mission to spread Hyperloop One throughout the world," Pishevar said in a statement.

Hyperloop One is developing a system theorised by entrepreneur Elon Musk for rail transport at near-supersonic speeds, and in August announced that a test of full hyperloop system at its private facility in the desert near Las Vegas was a success, hitting record speeds.

During what the startup referred to as Phase 2 testing, a pod fired through a tube depressurized to the equivalent of 200,000 feet (60,000 meters) above sea level reached an unprecedented speed of 192 miles (309 kilometers) per hour.

Hyperloop One, which has previously raised more than $160 million, is working to develop a pod system that can travel at up to 750 miles per hour with better safety than passenger jets, and lower build and maintenance costs than high-speed trains.

Musk's hyperloop involvement is for now limited to potentially building the tunnels with his latest startup - The Boring Company.