Tesla has weathered the global supply chain crisis better than other automakers. 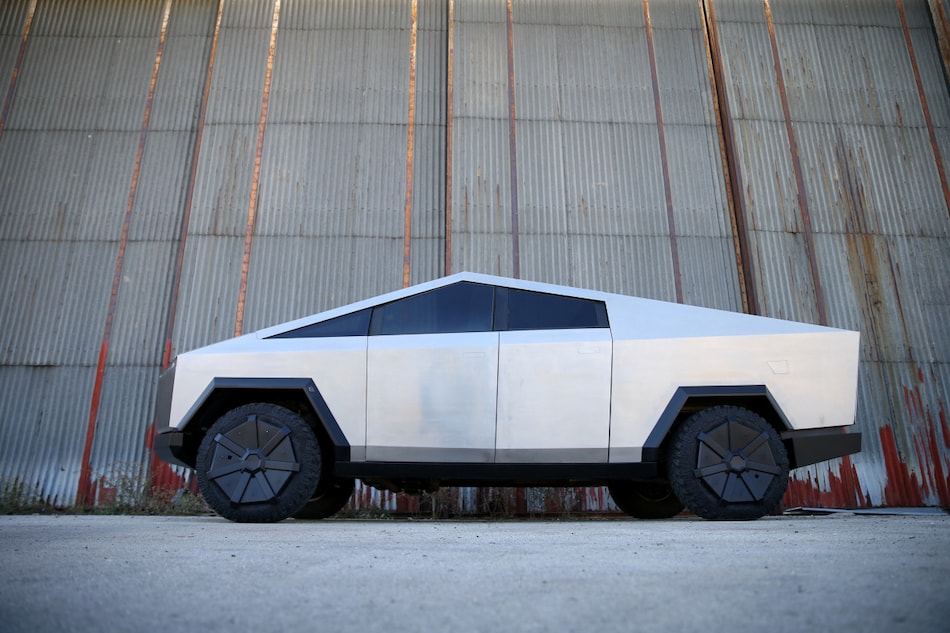 Tesla is expected to post record revenue on Wednesday, but analysts and investors are focusing on how fast Tesla can scale up production at two new factories this year with technology changes as well as battery and other supply chain constraints clouding the outlook.

Chief Executive Officer Elon Musk promises an updated product roadmap on Wednesday, with eyes on the time frames for the launch of Cybertruck and a hoped-for $25,000 (roughly Rs. 18 lakh) electric car.

"I would not be surprised if Tesla has some significant manufacturing challenges, producing the new vehicle structures and new batteries in high volumes," Guidehouse Insights analyst Sam Abuelsamid, said.

Tesla has weathered the global supply chain crisis better than other automakers, producing a record number of vehicles and revenue is expected to rise 52 percent in the fourth quarter to $16.4 billion (roughly Rs. 1,22,670 crore), according to Refinitiv data.

Automotive gross margin excluding regulatory credits are expected to be flat or up slightly from the previous quarter, despite an inflationary environment which has a negative impact on component costs, said Gene Munster, managing partner at venture capital firm Loup Ventures.

Analysts said Tesla's two new factories in Texas and Berlin eventually could double Tesla's production capacity, but it is not clear whether Tesla started production.

Musk said new factories will use manufacturing technology such as casting the body in only two or more pieces and integrating next-generation batteries into the vehicle body.

While the new technologies would help cut the number of vehicle parts, thus reducing manufacturing complexity and bringing down costs, they could be "significant production risk," Musk said in 2020.

In addition, investors will want to hear about the outlook for the supply chain, with automakers straining to meet demand for electric vehicles.

Tesla expected the first vehicles equipped with its own 4680 battery which could give cars more range and bring down their costs, to be delivered early this year, but it is not clear when it would be able to mass produce the batteries.

Tesla's major battery supplier Panasonic will begin producing its new batteries for Tesla from as early as 2023 in Japan, the Nikkei reported on Monday. LG Energy Solution also aimed for 2023 production of the 4680 cells, Reuters reported last year.

In 2019, Musk unveiled Tesla's futuristic electric pickup trucks, aiming to gain a foothold in the popular and profitable segment in the US market.

Musk, who has often missed his self-imposed launch targets, has already delayed Cybertruck production from late 2021 to late 2022. A source told Reuters that Tesla aims to start initial production of the much-anticipated model in early 2023, saying they are making changes to features and functionalities from its original version.

"This is the first time that Tesla has brought a vehicle out with serious competition," said Sam Fiorani, vice president at AutoForecast Solutions, referring to Ford and Rivian, which are planning to ramp up production.

As it is very hard to crack into the US truck market - the home turf of American "Big Three" automakers, Tesla is likely to go after "weekend warriors or lifestyle buyers" rather than traditional commercial buyers, he said.

Tesla vice president Lars Moravy said in October that the company would not add new vehicles while battery cells were constrained, and that production of its existing models would take priority.

"Longer term investors care about Model 2," Munster said with the current vehicle pricing, Tesla would not be able to grow volume by 50 percent every year.