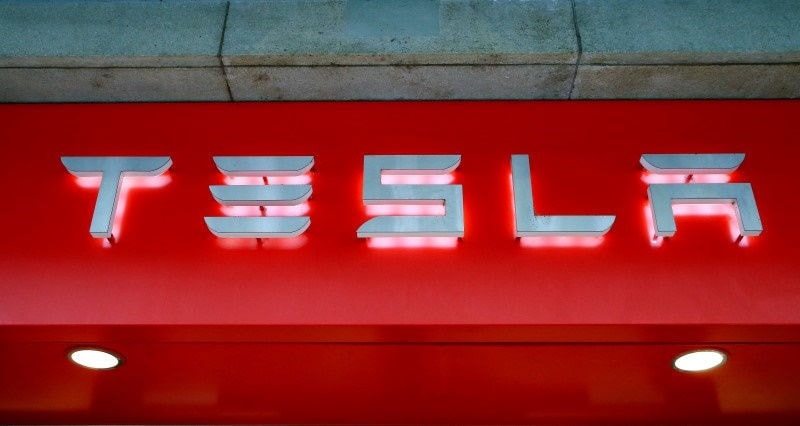 In October, Musk unveiled solar-powered roof tiles that eliminate the need for traditional panels and a longer-lasting home battery illustrating the benefits of combining his electric car and battery maker with solar installer SolarCity Corp.

Tesla won approval in November from its shareholders to acquire SolarCity, for a stock swap deal worth about $2 billion, in which Musk was the largest shareholder.

The new name is effective February 1, Tesla said in a filing on Wednesday.

In the meanwhile, electric luxury car startup Faraday Future, one of several Chinese-funded companies taking aim at Tesla is throttling back on plans to build vehicles in the United States, the company and public officials said.

Faraday, an affiliate of Beijing-based Leshi Internet Information and Technology Corp, has also pared its planned product portfolio down from seven to two vehicles, according to two sources with direct knowledge of the company's plans.