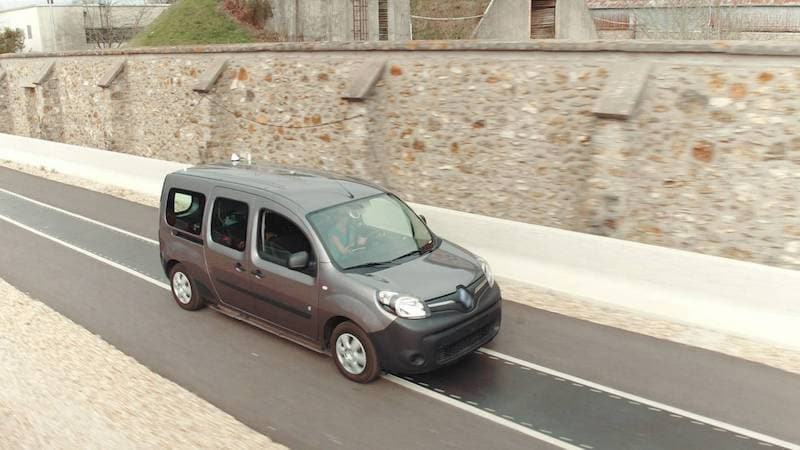 Imagine driving an electric vehicle and not having to worry about running low on battery. That's what Qualcomm is trying to do by creating a charging strip that can be laid on the road and can charge your EV as you go over it. The company is the latest to introduce dynamic charging technology (DEVC) and it recently tested it out with two Renault Kangoo vehicles.

Qualcomm this week demonstrated its DEVC tech by equipping Renault Kangoo vehicles with Qualcomm's Halo DEVC receivers. The EVs were driven along a 100-metre test track embedded with wireless charging hardware. With the help of the receivers, the track is able to charge the vehicles, backwards and forwards, at up to 20kW.

The Qualcomm Halo DEVC system is designed to support real-world implementation of dynamic charging. The demo track that was built at Versailles near Paris by France's Vedecom is part of a project called 'FABRIC'. The company will be running tests for efficiency till the end of the year. Qualcomm says that 25 organisations are tackling this technology including automakers, suppliers and researchers from nine European countries.

Companies like Honda are also testing the concept, but with a higher charging rate of 180 kW at a speed of 155 km/h. There's still some ways to go before we see dynamic charging become a part of the streets. EVs will still have to rely on charging stations or home sockets to power up. The DEVC technology, however, if tested successfully, can be used in say highways, to give some extra miles to EVs and autonomous cars.

Qualcomm has handed over the DEVC charging system to Vedecom, which "will evaluate the operation, safety and efficiency of energy transfer to the vehicles for a wide range of practical scenarios, including vehicle identification and authorisation on entering the track, power level agreement between track and vehicle, speed and alignment of vehicle along the track."