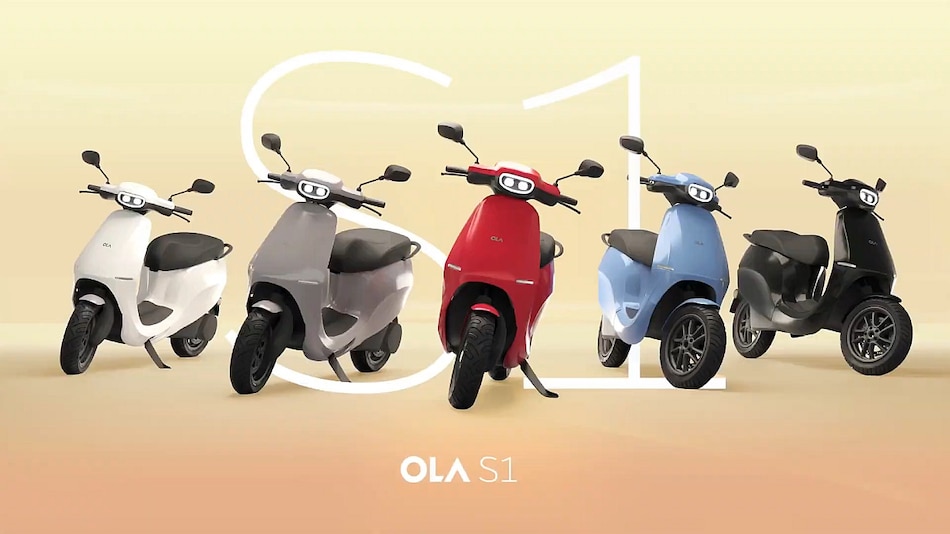 Ola S1 was launched on Monday as the company's second electric scooter to debut in the country. The scooter was first announced by the company last year, and is a more affordable version of the Ola S1 Pro. The Ola S1 has a battery capacity of 3KWh and has a top speed of 95kmph. It offers an ARAI range of 141km and normal range of 101km, according to the company. The electric scooter also comes with software features like music, navigation, a companion app, reverse mode, and will support updates into MoveOS 3 — which will be launched in Diwali — and beyond.

At a virtual event on Tuesday, the company also announced that it will launch its first electric car in 2024. Ola says that its first electric four-wheeler will go from 0-100kmph within 4 seconds and will have a range of over 500km on a single charge. It is also claimed to deliver a drag coefficient of less than 0.21 and will feature a glass roof. Ola says that the vehicle will also support assisted driving and feature keyless and handle-less doors.

Ola also announced a new Khaki Green colour option for the Ola S1 Pro. The company will produce 1947 units of the limited-edition scooter, which will be priced at Rs. 1,49,999. The ‘Freedom Edition' Ola S1 Pro will be available for purchase via the Ola app.

Ola S1 price in India is set at Rs. 99,999, which is introductory ex-showroom price, including FAME II subsidy and excludes state subsidies, according to the company. It will be available in Coral Glam, Jet Black, Liquid Silver, Neo Mint, and Porcelain White colour options.

The Ola S1 is the company's second electric two-wheeler to debut in the country, and was first announced last year. It has an Automotive Research Association of India (ARAI) certified range of 141km, and a true range of 101km on normal mode, 128km on Eco mode, and 90km on sports mode. The scooter is equipped with a 3KWh lithium-ion battery pack, and offers a top speed of 95kmph with support for a cruise mode and a reverse mode.

The newly launched Ola S1 is equipped with safety features including an anti-theft alert system and geo fencing. The scooter will pack a battery which is claimed to be flame retardant and water and dust resistant. The Ola S1 comes with front and rear disc brakes and a ‘hill hold' feature that is designed to make riding in traffic and navigating inclines easy. It is equipped with 110/70 R12 tyres, rear mono-shock suspension, and front single fork suspension.

On the software front, the Ola S1 runs on MoveOS 2, which offers features navigation, music playback, companion app, and reverse mode. The electric scooter, like the Ola S1 Pro, will receive an update to MoveOS 3 around Diwali, which will add new features including moods, digital key sharing, proximity unlock, improved regen braking, and a document feature, according to the company.

Editor's Note: Ola has revised the Ola S1's ARAI range figure from 131km to 141km, and the article has been updated to reflect that change.