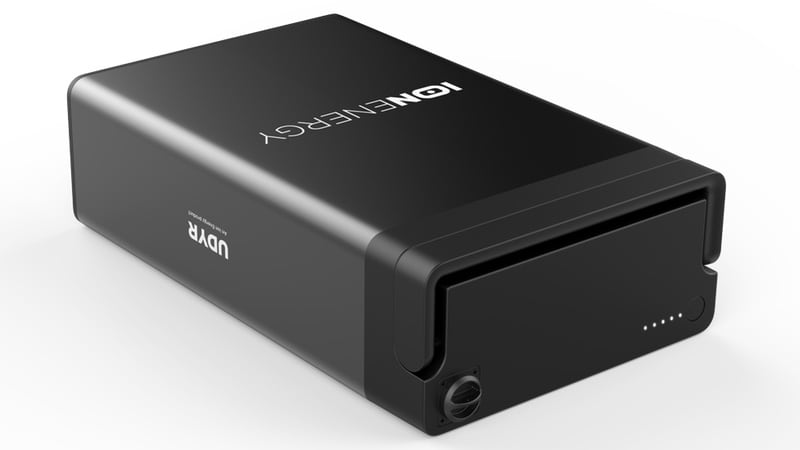 Ion Energy, a Mumbai-based energy storage startup, has unveiled a portable lithium-ion battery for two- and three-wheelers. The battery is called UDYR, named after a character from the game League of Legends, which the founders of the startup are big fans of.

Charging time and range are two of the biggest question marks surrounding electric vehicles (EV). While EVs are emission-free alternatives to petrol and diesel vehicles, no one’s going to use them if they take hours to charge. Ion Energy has been saying for some time that battery swapping could be a viable solution to this problem. That’s where UDYR enters the picture.

UDYR is a portable 48V lithium-ion battery that can be easily swapped out of EVs. The battery weighs 11.3kg and doesn’t require any technical expertise to install. It could be as easy as taking one battery out and placing the other one in. Ion Energy says the battery is compatible with most two- and three-wheeler EVs globally and its key feature is its battery management system. Ion Energy claims that UDYR’s battery management allows it to enhance performance and increase battery life by up to 200 percent.

Akhil Aryan, CEO of Ion Energy, tells Gadgets 360, “Almost all batteries in today's vehicles do come with some kind of BMS (battery management software), but the level of precision and accuracy often do not enable them to maximise battery-life extension. The algorithms with our chemistry-agnostic BMS allow for incredible precision and accuracy to maximise battery-life extension.” The company says it is licensing its proprietary battery management system to other battery manufacturers and OEMs too.

Aryan says Ion Energy’s “battery management systems and software applications can be customised for a wide array of applications in electric mobility, including those besides two and three-wheelers”. At the moment, Ion Energy will have to look at markets outside of India for UDYR since the EV market is very nascent in the country.

He adds, “The market size for two and three-wheelers in India and Asia is enormous. EVs are at a nascent stage in India and some other Asian countries, but one can look to China, Taiwan, and others and see rapid adoption of electric two-wheelers in the past few years.”

The lack of a charging infrastructure is a barrier that Ion Energy hopes to eliminate with UDYR but battery swapping comes with its own set of challenges. Ather Energy, an Indian startup that’s making an electric scooter, has highlighted the swapping vs. charging infrastructure debate. At the moment though, Ion Energy is betting that long charging times will drive India towards battery swapping tech if and when EVs go mainstream in the country.

Storm Across India: Facebook Safety Check Tool Used by 10,000 to Mark Themselves Safe