Looking for a Flying Car? Check Out Jetson One, a DIY Electric Aerial Vehicle 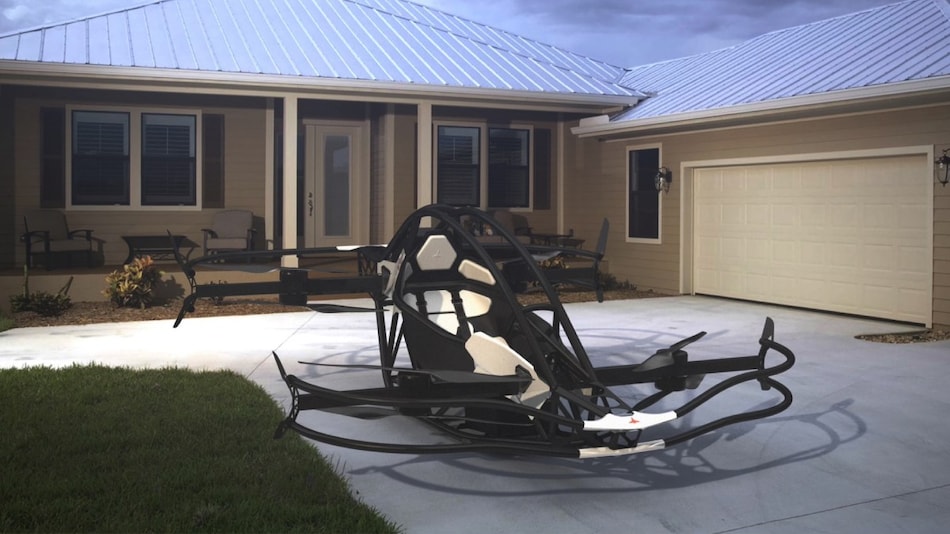 Many big players in the emerging electric flying vehicles market are trying to transform the mass transport industry, but a Swedish company has put forward a simpler goal. It wants everyone to have their own personal electric aerial vehicle that they can build and zip around in. Last week, it released a video on YouTube that showed the aircraft ready and flying. Named Jetson One, it's a single-seater vehicle. The compact size of Jetson One enables it to launch and land anywhere, like a house garden or even a terrace. It weighs 190 pounds (86kg) and can accommodate a person with a maximum weight of 210 pounds (95kg).

Jetson One will cost $92,000 (roughly Rs. 68 lakh) and will be delivered to the buyer partially assembled. This means the remaining work will have to be done at home. The kit will have a detailed guide on how to complete the assembly. The aircraft can fly for 20 minutes on single recharge at a top flight speed of 64mph (102kmph). The speed is limited by software for safety. It is powered by a high-discharge lithium-ion battery. The aircraft will carry a ballistic parachute with a rapid deployment time for emergencies.

The company says the production will start in the summer of 2022 and the first delivery is expected later that year. But all the 12 production slots for the next year have been occupied and those applying for them will have to wait until 2023. To reserve a build slot, a prospective buyer will have to deposit $22,000 (roughly Rs. 16 lakh). The video released last week showed that the ultralight vehicle will have four rotors on its edges and an all-aluminium frame to keep the weight low.

Jetson was founded by Peter Ternstrom and Tomasz Patan in 2017 and work on the prototype began soon after that. The first successful flight of the prototype was done in January 2018. After that, the company began working on its second-generation prototype, Jetson One.