The Hyundai Ioniq can supply up to 3.6kW of power, enough to run appliances like refrigerators and stoves. 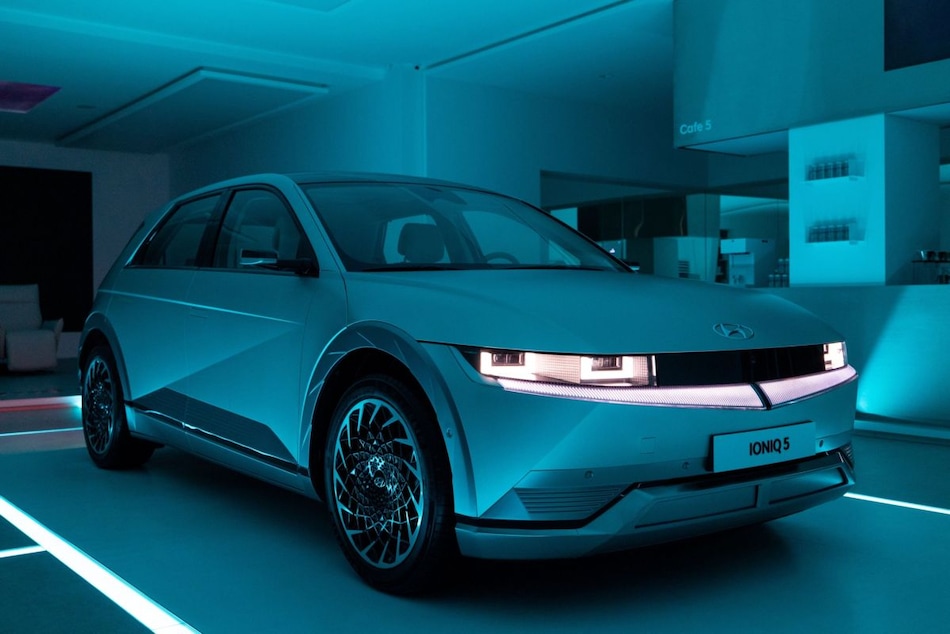 Hyundai is pitching its new Ioniq 5 as being able to do more than the average EV.

In a series of promotional videos on YouTube, a camper is shown running on a treadmill hooked up to the car's battery, listening to their favourite tunes on a bank of speakers, and even rustling up a roast-chicken dinner in a portable oven. The car can supply up to 3.6kW of power, enough to run appliances like refrigerators and stoves.

It's part of a push by Hyundai to appeal to a younger audience as it plays catch-up in the EV market. The South Korean automaker is behind EV pioneers such as Tesla and established brands like Volkswagen AG and BMW AG, only introducing its electric car in 2016.

“We looked at the wider meaning of space that would include outdoor and daily activities that consumers can do with their cars,” Heung Soo Kim, a senior vice president and head of product and EV businesses, said in an interview last month. “We are constantly looking into new features that will appeal to users.”

Hyundai says it's the first major electric-car maker to offer bi-directional charging, which means owners can power electronic devices from the car battery. While conventional car batteries can be used to charge laptops and phones, they drain quickly if hooked up to anything more powerful, like a portable fridge or sound system, meaning serious campers need to install a dual-battery system or lug around heavy, noisy generators to power their home comforts.

The Ioniq 5 also comes with the option to install a solar-panel roof that will charge the battery pack, giving the vehicle additional driving range of about 1,300 kilometers (800 miles) annually.

US-based EV start-up Rivian Automotive. is also looking to attract buyers who love the great outdoors, but with some creature comforts. It has developed a slide-out camp kitchen for its Sedona SUV complete with an induction cooktop powered by the car battery.

‘New Era'
Hyundai in the next few months is set to start sales of the Ioniq 5, its first EV built on a dedicated platform called the Electric-Global Modular Platform, or E-GMP. The flattened chassis allows the automaker to create more spacious interiors, another drawcard to entice drivers to switch from convention gasoline-powered vehicles.

“This year will be the start of a new era for Hyundai and Kia as its full EVs go on sale,” said Lee Jae-il, an analyst at Eugene Investment & Securities in Seoul. “Hyundai has come a long way from being one of the latecomers to the EV market to offering a very competitive product with the Ioniq 5.”

Still, demand for the Ioniq 5 is expected to be slow initially. Hyundai received orders for just more than 20,000 of the vehicles in South Korea on the day pre-orders opened. The automaker aims to sell 26,500 of the EV model in its home market this year, a fraction of its total sales target of 741,500 vehicles.

Hyundai shares rose 0.4 percent in early Seoul trading Wednesday. They have risen 20 percent this year, making them one of the best-performing auto stocks behind the likes of VW, General Motors, and Ford Motor.

Another features Hyundai says sets it apart from rivals is its charging speed. The platform enables EVs to charge up to 80 percent capacity from 10 percent in 18 minutes and add as much as 100 kilometers of driving range in just 5 minutes. They'll have a top range of 500 kilometers on a single charge. It will also charge at 800 volts and 400 volts, allowing owners to access more charging infrastructure, Kim said.

Hyundai's Kia unit last month also unveiled its new EV6 model that will be assembled on the same E-GMP platform and is expected to go on sale in July.

“We also focused on having a modular platform that will enable us to offer various types of vehicles on the same platform,” Kim said.

Hyundai is also working to build charging infrastructure to encourage more people to buy EVs. The conglomerate unveiled plans in March to provide ultra-high-speed charging stations through its E-pit brand. It plans to open 20 stations in South Korea this year and will work with potential partners overseas to build the infrastructure.

Emerging markets beckon too, with India and Southeast Asia part of the company's long-term strategy, Kim said. Hyundai is also considering partnerships with local governments to build charging infrastructure to support demand for EVs, he said.