Hacker Creates a Device That Can Unlock Any Luxury Car

The hacker admits there is no guarantee as to how his customers might use the device. 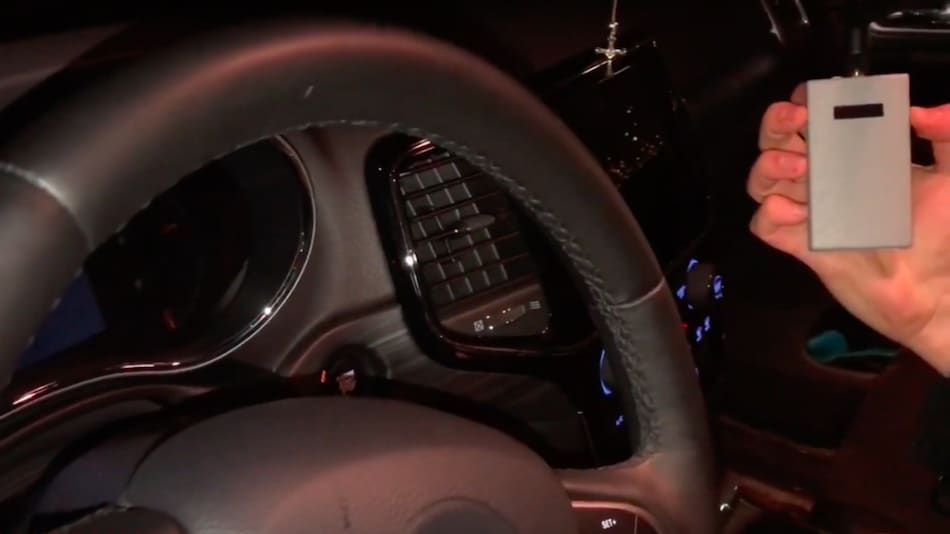 A hacker named "Evan Connect" has developed a device which helps users break into any luxury car that uses a wireless key fob system. He named the device "keyless repeater" that he sells for $9,000 (roughly Rs. 6,43,700) and demonstrated that how it works in a video which he released recently. The video shows him approaching an unattended car which belongs to his friend who gave him permission to use it and using the small handheld device with an antenna to unlock the driver's side door of the car and start the engine, dailymail.co.uk reported on Friday.

In the video, he admits there is no guarantee as to how his customers might use the deviceHacker Creates a Device That Can Unlock Any Luxury Car.

He said in an interview that his device works on all luxury cars except for those that use frequencies between 22 and 40kHz, such as Mercedes, Audi, Porsche, Bentley and Rolls Royce models released after 2014.

Additionally, he also mentioned about the upgraded version of the same for $12,000 (roughly Rs. 8,58,300) which can unlock any car that uses a wireless fob system.

"Honestly I can tell you that I have not stolen a car with technology, it is very easy to do, but the way I see it, why would I get my hands dirty when I can make money just selling the tools to other people," he said.

Samy Kamkar, a security expert, told Vice after reviewing Evan Connect's footage that the keyless repeater technology is commonly known in the field.

"I cannot validate that the video is legitimate but I can say that it is 100 percent reasonable (I have personally performed the same attack on more than a dozen vehicles with hardware I've built and very easy to demonstrate)," the report quoted Kamkar.

Oppo Reno 3 Pro India Variant Spotted in a Retail Store With Key Specifications: Report
Google Maps Redraws Disputed Borders, Depending on Where You Are: Report