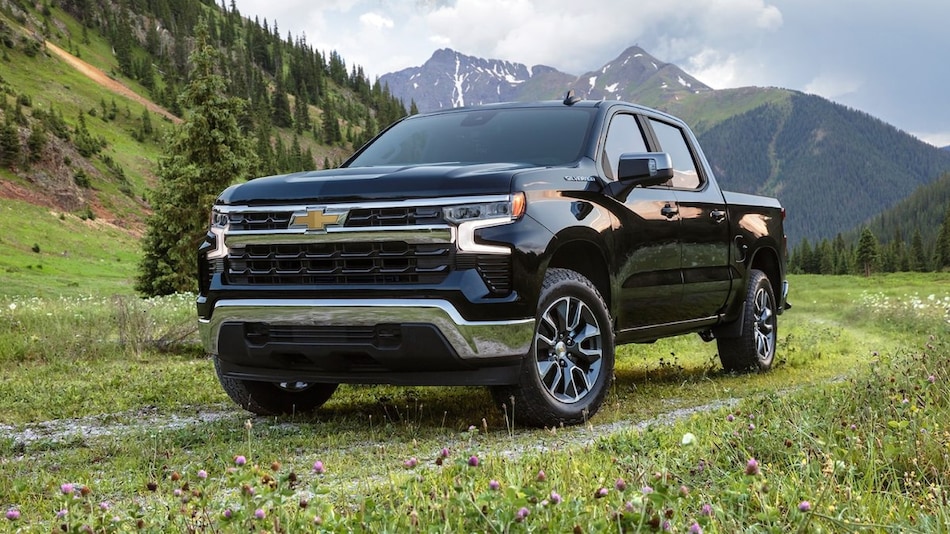 General Motors's $35 billion (roughly Rs. 2,60,200 crore) electric-vehicle strategy will face its biggest test in 2023 when it launches an electric version of its Chevrolet Silverado pickup with a six-figure price tag, more than a year after rivals Ford Motor and Rivian Automotive launched their own electric pickups.

GM Chief Executive Mary Barra told the annual CES technology conference via video on Wednesday that the electric Silverado will launch in two stages in 2023, starting in the second quarter with a $39,900 (roughly Rs. 29. 6 lakh) WT work truck that will be delivered to a limited group of commercial fleets. In the fall of 2023, GM plans to start delivering a consumer, outdoor adventure-oriented model that will start at $105,000 (roughly Rs. 80 lakh) - more than an electric Mercedes EQS sedan.

By 2035, Barra said, GM plans to offer an electric heavy-duty pickup truck, which would use batteries to replace the carbon-intensive diesel engines currently favored in trucks used primarily for heavy trailer hauling. Chevrolet also plans an off-road "Trail Boss" version of the electric pickup, she said.

Retail customers will see less expensive versions of the electric Silverado roll out in 2024 and beyond, Chevrolet officials said in briefings ahead of Barra's online CES speech.

The electric Silverado's debut escalates a battle for sales and customer loyalty in a segment that includes some of the most profitable vehicles sold by the Detroit automakers. Startup Rivian Automotive's electric R1T pickup, first shown in 2018, and Tesla Chief Executive Elon Musk's polarising vision for an all-electric pickup called the Cybertruck, spurred the Detroit Three to accelerate development of electric pickups.

The Cybertruck's launch date remains uncertain. Stellantis NV's electric Ram truck is due in 2024. For now, the first lap of the electric pickup race is a contest among Ford, GM and Rivian, which began shipping the first of its $67,500 (roughly Rs. 50 lakh) and up R1T models late last year.

The electric Silverado is built on the same architecture as the GMC Hummer EV, and has design and functional features that hark back to the automaker's Avalanche truck, a hybrid of an SUV and a pickup GM launched in the early 2000s. Like the Avalanche, the electric Silverado has a "mid-gate," which opens up the back of the cab and slanted wings on the back of the cab.

The electric Silverado will enter the race for both fleet and consumer buyers a year or more behind the electric Ford F-150 Lightning. That gap reflects contrasting strategic choices by the longtime rivals.

Barra and GM President Mark Reuss are betting GM will win in the long run by first developing dedicated electric-vehicle architectures and a vertically integrated battery and motor production chain, then launching electric-vehicle models in high volume during the middle and latter part of this decade. By then, GM executives expect the costs of the company's proprietary Ultium battery technology will be lower than rivals, conferring a decisive advantage.

Ford took a different path. The F-150 Lightning due for delivery starting this spring is a modified version of the current, gasoline F-150 that is part of the best-selling vehicle line in the United States.

Ford's approach was faster, and Ford Chief Executive Jim Farley last month said the company had to cap at 200,000 the number of reservations it will take from consumers for the truck.

Farley is pushing aggressively to build as many Lightnings as possible before GM's Silverado and other rivals hit the market. On Tuesday, Ford said it planned to double capacity for building Lightnings at its Rouge complex in Dearborn, Michigan, to 150,000 vehicles a year. Ford last September said it was increasing Lightning capacity to 80,000 vehicles from 40,000.

GM said the WT, or work truck, version of the Silverado EV will have a 400-mile (644km) driving range and will first go to a select group of fleet customers under deals already negotiated. GM expects to deliver "tens of thousands" of electric work trucks, said Steve Carlisle, head of GM's North American operations.

Ford and GM are taking different paths to winning retail customers. The F-150 Lightning for retail customers has a 300-mile range, a 400-liter capacity front trunk that can function as a drink cooler and an option that enables the truck to power a house during a blackout. It can carry 1,800 pounds (816kg) of stuff. The consumer Lightning had a starting price of $52,974 (roughly Rs. 40 lakh), excluding tax breaks, before Ford capped orders.

The electric Silverado RST for retail buyers has a 400-mile range, a "mid-gate" in the back of the cab that can accommodate kayaks and surfboards, but carries less cargo and will not have backup generator capability when it launches.

Carlisle said the generator function is "very much on the radar." A Chevrolet spokeswoman said bi-directional charging to power a home will be available within the first year of production.

GM executives said they will emphasise the Silverado's superior range in advertising that will start this year.

GM's decision to charge European luxury car prices for the first Silverado RSTs mirrors the strategy for the first Hummer EVs, which started at over $110,000 (roughly Rs. 80 lakh) and are now available for starting prices of $99,995 (roughly Rs. 75 lakh) - more than double the average transaction price for a GM vehicle.