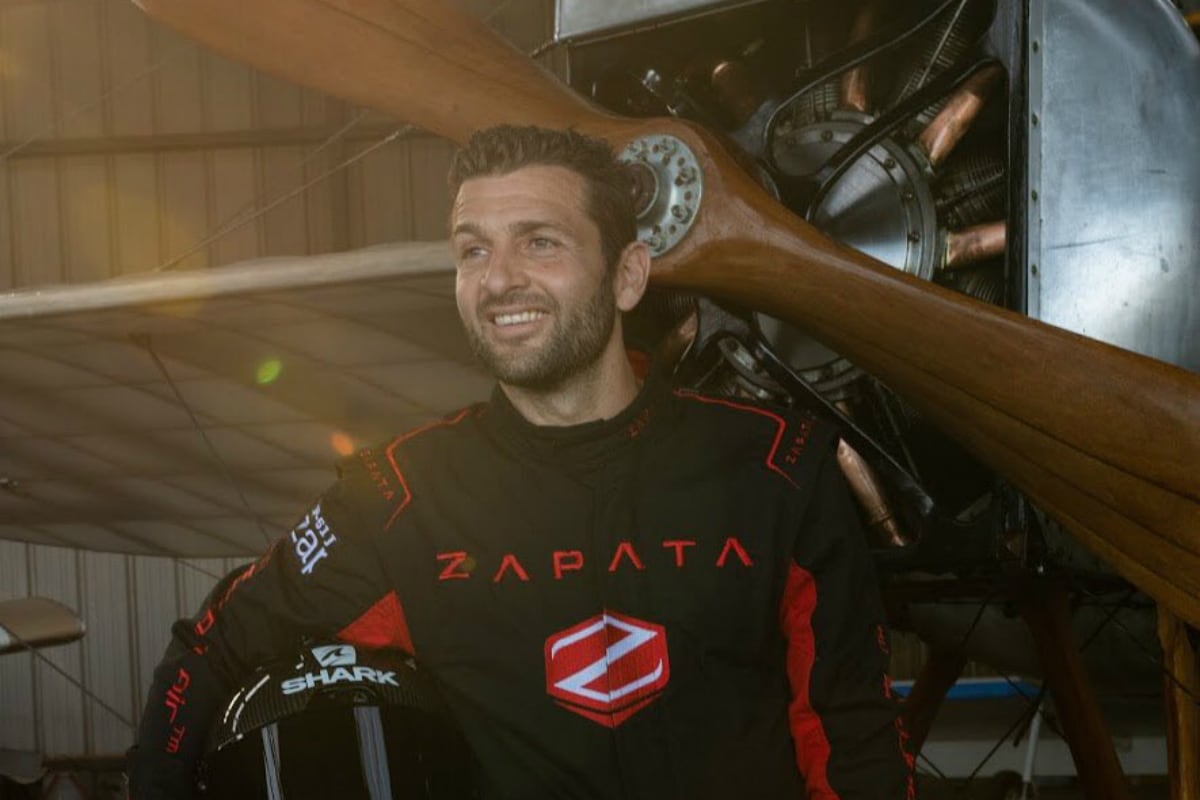 Is it a bird? A plane? No, it's a French inventor flying over the English Channel on his hoverboard.

Looking like a superhero, Franky Zapata successfully completed the famed 35-kilometre (22-mile) journey in just 22 minutes Sunday morning, reaching speeds of up to 177 kilometres per hour (110 mph) on the flyboard that has made him a French household name.

Propelled by a power pack full of kerosene, Zapata set off from Sangatte in France's Pas de Calais region and landed in St. Margaret's Bay, beyond the white cliffs of Dover, in southeast England. He stopped only once, on the British side, to refuel his futuristic invention from a boat in the choppy waters.

"I'm feeling happy ... It's just an amazing moment in my life," he said in English following his touchdown in Britain. "The last 10 percent (of the flight) was easier ... because I had the time to look at the cliffs."

It was, of course, the record for such a trip: No one else has tried to cross the channel in this way.

It was also a personal record — the furthest distance that the 40-year-old, who drew nationwide attention after whizzing above European leaders in Paris at Bastille Day celebrations, had ever traveled atop his hoverboard.

The wind in the Channel, especially gusts, presented a major challenge, he said, adding that he bends into gusts but is destabilised if the wind quickly dies. It was, he acknowledged, no easy feat — especially given the physical endurance it requires. He said his leg muscles were "burning" during the flight.

"Your body resists the wind, and because the board is attached to my feet, all my body has to resist to the wind," he told reporters. "I tried to enjoy it and not think about the pain."

Witness Mark Kerr, a 60-year-old hospital librarian from Dover, said it was quite an unusual sight.

"Spectacular and amazing. Not everyday you see a man standing up, flying across the Channel, being chased by three helicopters," he said.

Rosie Day, a 17-year-old at the British landing site, was impressed by Zapata's flying skills.

"I was surprised by how quick he was. It was really impressive how fast he came in and the agility of his movements," she said. "He was very smooth."

Sunday was the inventor's second attempt at crossing the Channel. His first — 10 days ago — ended when he collided with a refueling boat several minutes into his flight. That destroyed his transportation, a version of the flyboard that his company sells commercially.

Zapata told reporters this time he was "scared to touch down" at the refueling station on the sea but knew "whatever happened," his team "wouldn't let me fall into the water."

He said he and his team worked around the clock to pull off the feat.

French maritime authorities said the refueling operation was dangerous, even though Zapata nixed his initial plan to refuel his power pack from a flying platform.