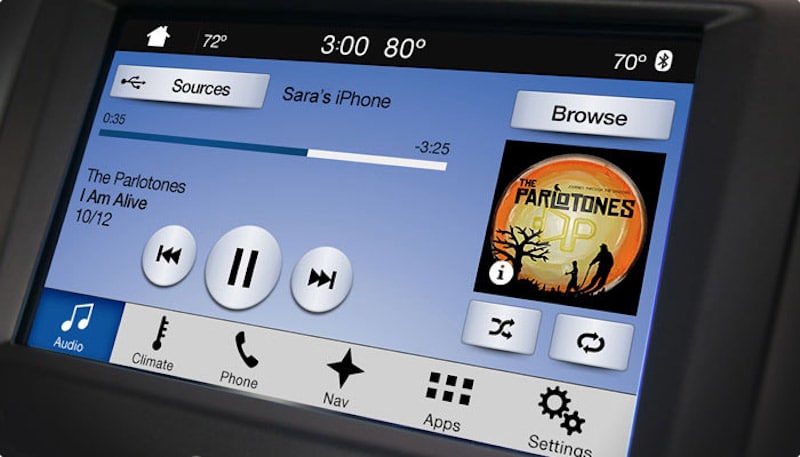 Ford on Tuesday launched its latest in-car communications and entertainment system, Sync 3. The new technology debuts in India with the Ford Endeavour. The new system boasts of faster performance and an intuitive touch screen display, among other things.

The Ford Sync 3 system comes with an 8-inch touchscreen display enhanced voice-recognition and response technology. The system also features Emergency Assistance which calls emergency services from a paired phone when the airbag is deployed in the event of an accident.

Ford's Sync 3 system is also claimed to be the first to offer voice-activated technology to control smartphones aimed to reduce the number of steps it takes to make a call or select music.

Anurag Mehrotra, Executive Director of Marketing, Sales and Service at Ford India said, "Sync has always has been about providing a safer way for customers to stay connected, even on the move with their eyes on the road and hands on the wheel."

Ford adds that Sync 3 features an intuitive interface for easier access. Gestures like pinch-to-zoom and swipe allows the driver to quickly and safely access applications without getting too distracted. The tiled interface and quick access function tray also add to the general ease of access.

The Ford Endeavour is being offered in two diesel engines - 2.2-liter TDCi and 3.2-liter TDCi - mated to six-speed automatic or manual transmissions. The Sync 3 system comes standard fitted on the Titanium AT variants, which are priced starting Rs. 27,93,000 and Rs. 30,89,000 (ex-showroom, Delhi) respectively