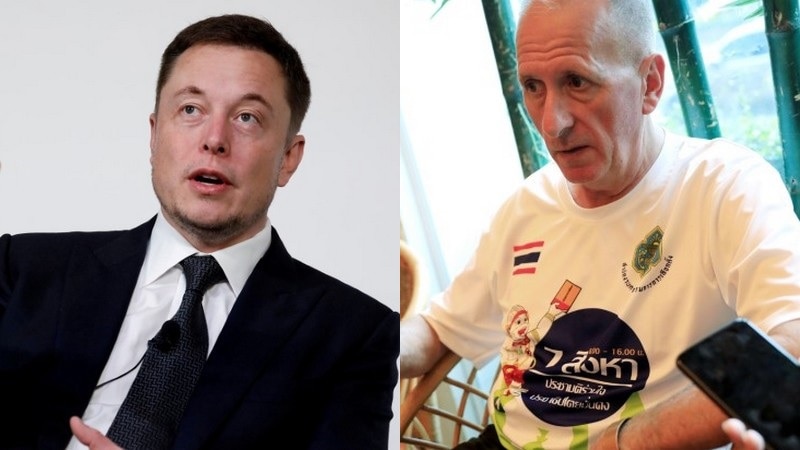 Elon Musk, the chief executive of Tesla, was sued for defamation on Monday for falsely suggesting that a British caver who helped rescue 12 boys and their soccer coach from a Thailand cave in July was a paedophile and child rapist.

Vernon Unsworth, who lives north of London, sued over Musk's July 15 tweet to more than 22 million followers referring to him as a "pedo guy," a comment for which Musk later apologised.

He also claimed that Musk falsely called him a child rapist and sex trafficker in an August 30 email to BuzzFeed News.

Tesla did not immediately respond to requests for comment from Musk and the company.

Unsworth is seeking at least $75,000 (roughly Rs. 54 lakhs) of compensatory damages plus unspecified punitive damages in his complaint filed in the US District Court in Los Angeles.

The Hertfordshire County resident said he also plans to file a second lawsuit with the High Court of London for reputational damage suffered in the United Kingdom.

"Elon Musk falsely accused Vernon Unsworth of being guilty of heinous crimes," L. Lin Wood, a lawyer for Unsworth, said in a statement. "Musk's influence and wealth cannot convert his lies into truth or protect him from accountability."

The case adds to a slew of litigation against Musk, including over his running of Palo Alto, California-based Tesla.

Musk stunned investors last month with tweets saying he had "secured" funding to take his electric car company private in a buyout valued at $72 billion, before backing off.

The billionaire's behaviour has raised concerns about his corporate leadership, and several Wall Street analysts and some investors have urged Tesla to appoint a strong second-in-command. Musk has admitted to severe stress from running Tesla.

"Sorry, pedo guy"
Unsworth said he has been exploring caves since 1971, when he was 16, and now shares a house in the Thailand countryside near Chiang Rai with a 40-year-old woman who owns a nail salon.

He said he became a target for Musk after cavers rejected Musk's offer of a mini-submarine created by his rocket company SpaceX to rescue the soccer team which was freed from the cave on July 10 after an 18-day ordeal.

Though Unsworth told CNN three days later that Musk's offer was a "PR stunt" that had no chance of working and that Musk could "stick his submarine where it hurts," he said that did not justify Musk's use of Twitter and the media to defame him.

The July 15 tweet by Musk touted the mini-submarine and then, referring to Unsworth with a shorthand description of paedophile, said, "Sorry pedo guy, you really did ask for it."

Three days later, Musk defended his mini-submarine proposal, but said he had "spoken in anger" toward Unsworth, and that "his actions against me do not justify my actions against him," and that "the fault is mine and mine alone."

But Unsworth said Musk urged in his August 30 email that the BuzzFeed reporter "stop defending child rapists," and called him as "an old, single white guy From England" who moved to Chiang Rai, "renowned for child sex-trafficking," to take a 12-year-old bride.

Unsworth said he is not a paedophile, child rapist, child sex trafficker, husband of a 12-year-old bride, or liar, and that the defamatory statements "were manufactured out of whole cloth by Musk" because of the disagreement over the mini-submarine.

"On the surface, it appears that Mr. Unsworth can assert the elements of defamation," said Nancy Costello, director of the First Amendment Clinic at the Michigan State University College of Law, in an interview.

"Being called a paedophile can be defamation per se, meaning the claim could obviously damage his reputation," she added.

The case is Unsworth v Musk, US District Court, Central District of California, No. 18-08048.