Elon Musk Turns 50, and Wishes Pour in for the Dogefather on Social Media

Among the first to wish the Tesla and SpaceX CEO was his mother, who shared a throwback photograph of a baby Musk in her arms 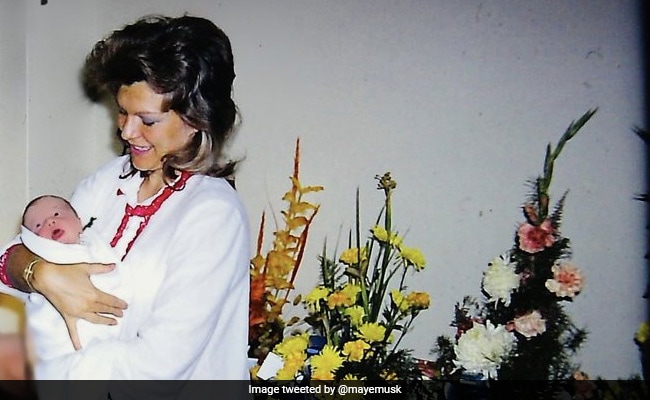 Elon Musk's mother shared this throwback photo of the CEO

Elon Musk, the billionaire tycoon who wants to colonise Mars one day and make humans a multiplanetary species, is marking his 50th birthday today on June 28. His fans and supporters are celebrating the occasion by sharing social media posts wishing the CEO of highly successful ventures like Tesla and SpaceX a happy birthday. Many of his supporters include Dogecoin investors who call him “The Dogefather”. But he is equally opposed in the crypto world by Bitcoin investors who blame him for recent market crashes that washed out their gains this year.

The love-hate relationship notwithstanding, the South African-born American industrial engineer is praised by most people for his foresight and ingenuity. Among the first people to wish Elon Musk was his mother, who shared a throwback photograph of a baby Musk in her arms and thanked him for bringing great joy to her in all these years.

Happy birthday ⁦@elonmusk⁩ ???????? Thank you for this wonderful day 50 years ago. You have brought me great joy. Lots of love ❤️❤️❤️ #HappyBirthdayElonMusk now trending ???????? pic.twitter.com/xro3QwQD1z

Billy Markus, the software engineer who co-created the Dogecoin, also wished him and thanked him for “making space cool again, and for enjoying that dog money thing that I made years ago”. Markus tweets under the pseudonym “Shibetoshi Nakamoto”, a reference to Satoshi Nakamoto, the pseudonym of the creator of Bitcoin. Musk's social media posts have a big influence on cryptocurrency prices, and particularly if you track the Dogecoin price in India, you can see the huge effect that the Tesla CEO has had.

This is really sweet. #HappyBirthdayElonMusk

Thanks @elonmusk for the rad, ridic fast electric cars, for making space cool again, and for enjoying that dog money thing that I made years ago ~ https://t.co/ZflHXWz3rw

Musk, who has talked about his plans to launch Tesla in India soon, also received wishes from thousands of other people, including Indian fans, some of whom found interesting and funny ways to share their thoughts.

One such user, Anubis_blaze, who claims to be a “huge fan from India”, shared a photo of Musk and wrote, “love ur work...”

One other user shared a short video montage of Musk's achievements that began with the landing of two reusable rockets back on Earth. The video had other instances of Musk's successes.

#happybirthdayelonmusk
If you need inspiring words, don't do it.... #ElonMusk pic.twitter.com/2jXJBbuxbg

"I think it is possible for ordinary people to choose to be extraordinary." #HappybirthdayElonMusk pic.twitter.com/TqLXnI20Q3

Musk, who was born in 1971, had shown an early talent in computers and video games and by the age of 12, he had created a video game code. Later, he acquired a Canadian passport due to greater economic opportunities in the United States.

He had launched other ventures like Zip2, which provided licensed online city guides, and online payment company PayPal. Now, he has launched two move firms – The Boring Company to dig tunnels to solve America's transportation issues, and the brain-computer interface company Neuralink.