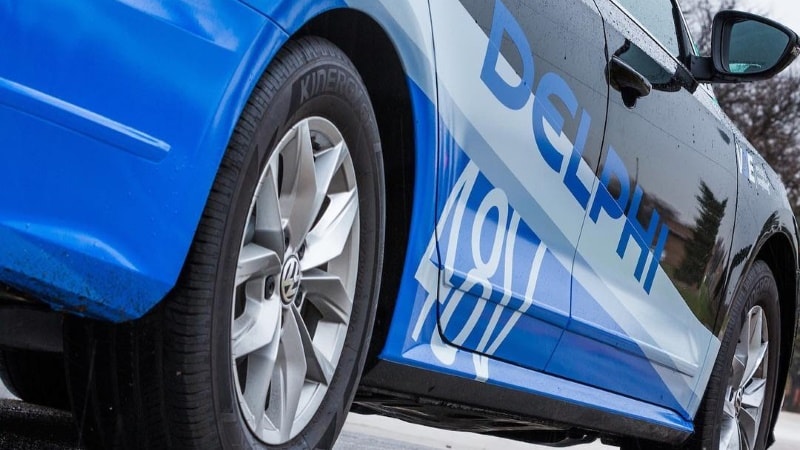 Automotive parts and electronics maker Delphi Corp. has joined with BMW, Intel and Mobileye to develop the building blocks of autonomous vehicles.

It's the latest in a flurry of partnerships between automakers, tech companies, parts suppliers and ride-hailing services as they race to build robot-controlled vehicles.

The companies announced Tuesday that Delphi will help to integrate autonomous driving systems. BMW, Intel and Mobileye joined forces in July of 2016. They plan to start producing automated vehicle systems by 2021, and BMW plans to have an autonomous vehicle on the road by then. It would be capable of driving itself, but a human driver could still be called on to intervene.

The companies say Delphi, with US operations based in suburban Detroit, already has provided a prototype computing platform that melds sensors, artificial intelligence and other computers. The system won't go into just BMWs, though. The companies plan to develop a system that can be used by other automakers or tech companies in their own cars.

The partners will decide each company's role in the partnership, as well as the financial arrangements, in coming months. More partners could be added to the group, including other automakers. Delphi would be in charge of integrating the system into other automakers' vehicles.

During a conference call with reporters to discuss the partnership, executives from the four companies said alliances like theirs will become more common in the future as partners try to share costs and expertise.

Richard Rau, BMW AG's vice president of sensors, control units and software, said his company believes autonomous driving platforms will be consolidated over time as more companies join forces. "In the long run there will be only a few platforms left," he said.

Delphi now produces electrical wiring architecture, computing platforms and autonomous driving software. Mobileye, of Israel, makes software that integrates cameras, radar and other sensors and offers artificial intelligence and mapping. Intel has computing hardware and data centers and mapping that will help cars make decisions, while BMW makes autos and has its own autonomous car technology.

Such partnerships seem to be announced almost every day as companies frenetically race to be first with the new technology that has the potential to reduce crashes, save lives and change how we all get around.

In March, Intel Corp. announced it will spend more than $15 billion to acquire Mobileye NV.