Chinese EV Maker Xpeng Showcases Flying Cars That Can Also Be Driven on Roads; Coming in 2024

Promised safety features on the flying car include parachutes and smart sensors to evaluate surroundings. 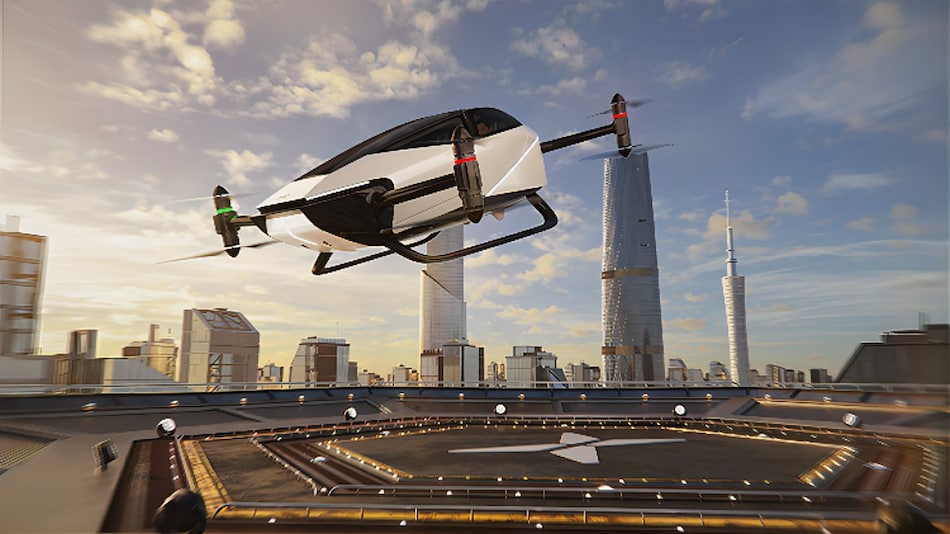 HT Aero, an affiliate of a Chinese electric vehicle maker Xpeng Motors is promising to roll out flying cars by 2024. HT Aero has showcased a prototype of the flying car that it says can also drive on roads. It revealed the car design, which had two lofted, foldable rotors, and a core body that resembled an electric Bugatti hypercar. However, HT Aero said the final design might change. To fly the car, the rotors would need to be expanded, and for driving on roads these wings would automatically fold away.

Xpeng, a seven-year-old electric vehicle (EV) company, is growing rapidly. Its revenue so far has been around $2 billion (roughly Rs. 15,000 crore). Xpeng and its founder, He Xiaopeng, back HT Aero, which raised $500 million (roughly Rs. 3,700 crores) last week.

According to a post on the Xpeng website, the flying car will feature an advanced environmental perception system to evaluate the surroundings and weather conditions to conduct safety assessments before take-off. The post added that while using the flying car's autopilot function, the driver only needs to perform simple operations such as one-key start, one-key return, and one-key landing to have a safe and intelligent flight experience. Before take-off, the system performs intelligent autonomous flight path planning based on the destination entered by the driver, comprehensively considering factors such as buildings, no-fly and restricted areas, and weather conditions.

Of late, flying cars have garnered a lot of interest from automakers and startups. But there are a number of challenges, including regulation and safety issues, that need to be addressed before the concept can be adopted on a wide scale.

While all the safety measures are appreciated, the company did not say how it plans to get past the regulators to be able to mass-produce vehicles like these.

HT Aero introduced its land and air vehicle at Xpeng's Tech Day, where it also unveiled the latest version of its advanced driver assistance system called Xpilot 4.0. The system, a leap in the direction of full autonomy, is expected to be rolled out in the first half of 2023.