Boeing to Submit 737 MAX Software Upgrade 'In the Coming Weeks' 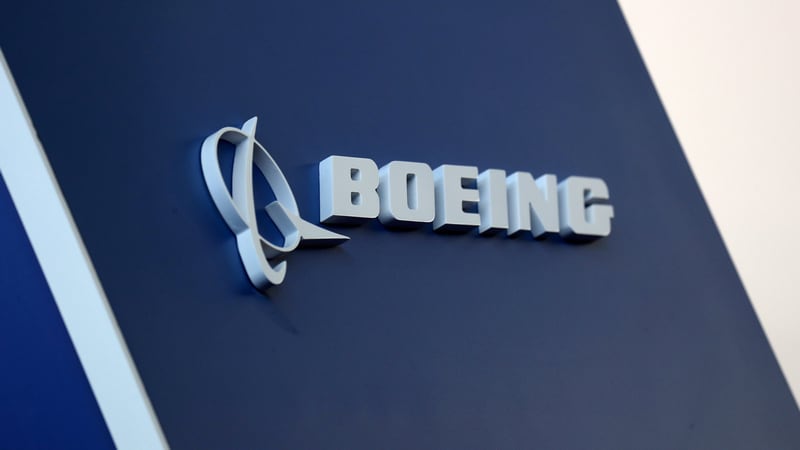 Boeing said on Monday it planned to submit a proposed software enhancement package for the grounded 737 MAX in "the coming weeks" after the company had previously said it planned to deliver the fix for government approval by last week.

The company on Monday confirmed a statement from the Federal Aviation Administration that it would submit the upgrade later than previously announced.

"We are working to demonstrate that we have identified and appropriately addressed all certification requirements and will be submitting for FAA review once completed in the coming weeks," Boeing said. "We will take a thorough and methodical approach to the development and testing of the update to ensure we take the time to get it right."

More than 300 Boeing 737 MAX jets have been grounded worldwide after two crashes - in Indonesia in October and in Ethiopia last month - killed nearly 350 people.

Boeing, facing one of its worst crises in years, is under pressure from crash victims' families, airlines, lawmakers in Washington and regulators around the world to prove that the automated flight control systems of its 737 MAX aircraft are safe and that pilots have the training required to override the system in an emergency.

Two people briefed on the matter said a Boeing review uncovered issues with "integration" when the new software is loaded into an aircraft. One of the people added that the issues uncovered had "nothing to do with Ethiopian."

One analyst indicated it was too early to determine how much time this would add to the grounding, with approval from non-US regulators still expected to be the main factor in determining when the planes would fly again globally.

In a sign the plane may be out of service for longer than some forecast, Southwest Airlines Co said on Monday it was "publishing a revised schedule for April and May that is built around the currently available Southwest fleet and intends to reduce drastically last-minute trip disruptions and same-day cancellations."

American Airlines Group Inc said it was aware that the resumption of service for its 737 MAX aircraft may be further delayed and said it was working with all customers impacted by any flight cancellations.

Earlier on Monday, FAA spokesman Greg Martin said that "time is needed for additional work by Boeing as the result of an ongoing review of the 737 MAX Flight Control System to ensure that Boeing has identified and appropriately addressed all pertinent issues."

Acting FAA Administrator Dan Elwell said last week the agency would not unground the planes until its analysis "of the facts and technical data indicate that it is appropriate."

On Monday, the U.S. House Transportation and Infrastructure Committee sent letters to Boeing and FAA seeking records related to the certification of the Boeing 737 MAX aircraft.

“Understanding where things went wrong is critically important because tragedies like this should not happen," said Representative Peter DeFazio, the committee's chair. "These request letters represent only the start of our investigation and finding answers to our questions will take some time."

Boeing said last week that it had reprogrammed software on its 737 MAX passenger jet to prevent erroneous data from triggering an anti-stall system that is under mounting scrutiny following the two deadly nose-down crashes.

The world's largest planemaker said the anti-stall system, which is believed to have repeatedly forced the nose lower in the Indonesia accident, would only do so one time after sensing a problem, giving pilots more control.

It would also be disabled if two airflow sensors that measure the "angle of attack," or angle of the wing to the airflow, a fundamental parameter of flight, offered widely different readings, Boeing said last week.

Federal prosecutors, the Transportation Department's inspector general and U.S. lawmakers are investigating the FAA's certification of the 737 MAX. Transportation Secretary Elaine Chao has also said she is naming an outside panel to review the issue.