Boeing is providing additional information to the US FAA in anticipation of a certification test flight. 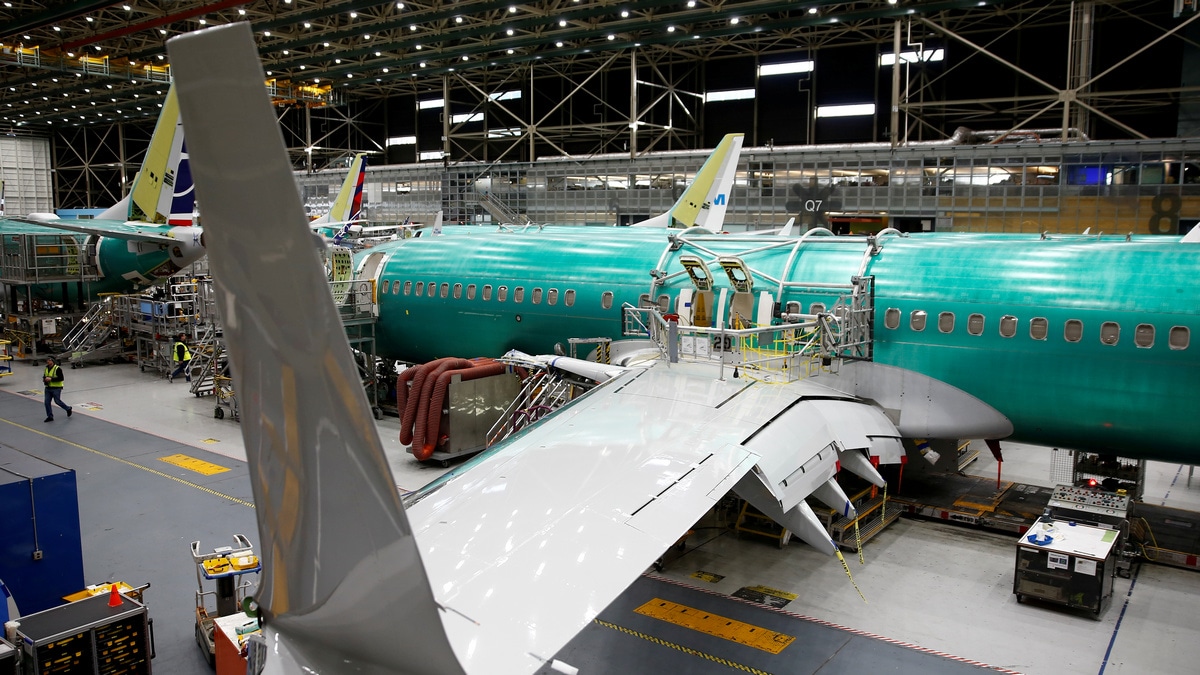 Boeing said Thursday that it completed its software update on the 737 MAX after two deadly crashes resulted in a global grounding of the aircraft.

The proposed fix, which addresses a problem with a flight handling system thought to be a factor in both crashes, must now win approval from US and international regulators before the planes can return to service.

US airlines have targeted August as the date they expect to resume flying on the 737 MAX.

But Boeing's announcement - which lifted shares of the embattled company - comes only a week before the US Federal Aviation Administration is set to brief its international peers among civil aviation regulators on its process for allowing the planes to fly again.

"This is an important milestone but it's only one step," said Scott Hamilton of aviation consultancy Leeham. "Getting this software package today, one week ahead of the FAA-hosted global regulator meeting, doesn't leave a lot of time for the FAA to decide."

Boeing said it has flown 737 MAX with updated software for the Maneuvering Characteristics Augmentation System, thought to be a factor in both crashes, for more than 360 hours on 207 flights.

"With safety as our clear priority, we have completed all of the engineering test flights for the software update and are preparing for the final certification flight," said Chief Executive Dennis Muilenburg said in a statement.

"The accidents have only intensified our commitment to our values, including safety, quality and integrity, because we know lives depend on what we do."

Boeing is providing additional information to the FAA in anticipation of a certification test flight, a key step in winning regulatory approval, the company said.

In both the Lion Air and Ethiopian Airlines crashes, the MCAS pointed the plane sharply downward based on a faulty sensor reading, hindering pilot control after takeoff, according to preliminary crash investigations.

Heavy scrutiny
There are powerful commercial drivers for the 737 MAX to resume service as soon as possible but  Boeing's standing has been tarnished by unflattering details that have surfaced in media reports and could potentially extend the regulatory process.

These include revelations that Boeing was aware of a problem with a signal connected to the MCAS for more than a year before it told the FAA and that Boeing executives rebuffed American Airlines pilots who sought a more aggressive response to the MCAS problems at a meeting shortly after the Lion Air crash.

At a congressional hearing on Wednesday, Acting FAA Administrator Daniel Elwell criticized Boeing for not informing the agency more quickly of problems and said the FAA would permit the 737 MAX to resume flights "only when the FAA's analysis of the facts and technical data indicate that it is safe to do so."

Both Boeing and airlines expect to do a lot of marketing to reassure the flying public. Nearly half of 1,700 fliers questioned in a recent survey said they would wait a year after the 737 MAX's return to fly the plane, according to Barclays.

The FAA has called a May 23 meeting of international civil aviation regulators in Texas to discuss the FAA's process for clearing the 737 MAX to resume service.

Elwell told the congressional panel that he hopes the gathering builds support for international bodies to approve the 737 MAX soon after the United States gives it the green light.

Boeing's announcement boosted shares 2.4 percent to $353.81. The halt to the 737 MAX has dented Boeing's revenues and clouded the company's earnings outlook.