About 100 planes are parked at Boeing’s Renton centre in Washington. 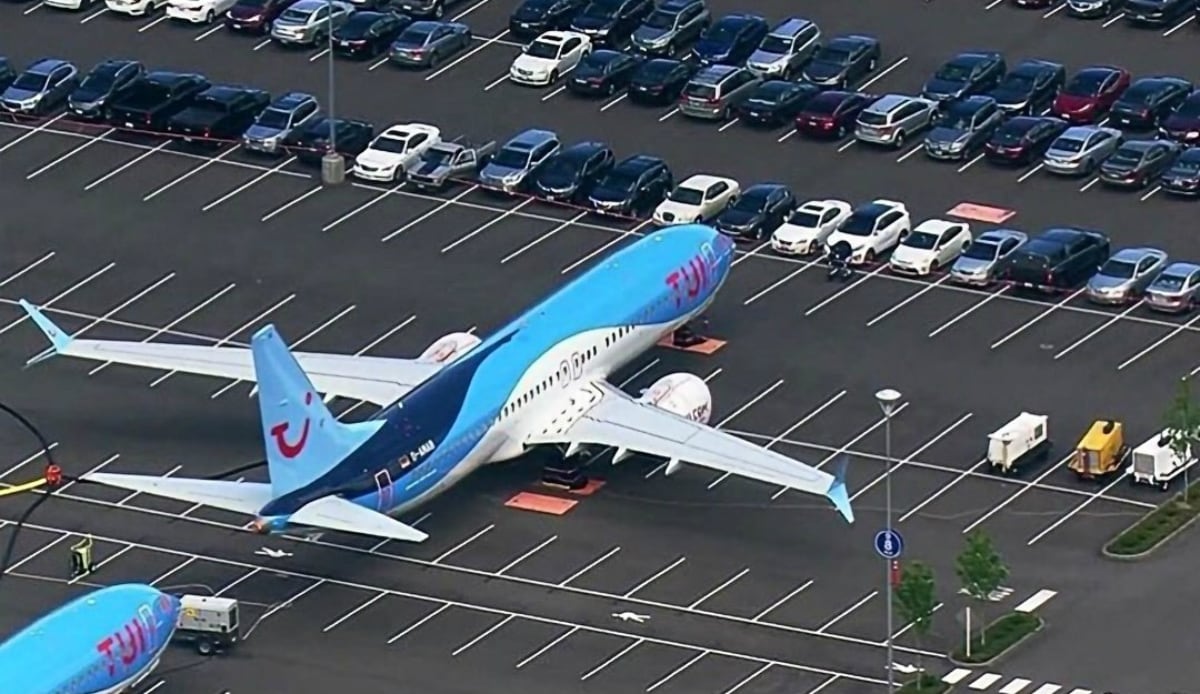 Boeing 737 Max planes are grounded due to a safety issue

Boeing 737 Max planes have been grounded after a software flaw was discovered regarding a non-working security alert. Investigators allege that this system malfunction was the reason behind fatal crashes of the Lion Air and Ethiopian Airlines in October and March, respectively, killing nearly 350 people in total. Now, photos of these grounded planes parked in the employee car parking lot have surfaced online. The plane parking lot at Boeing's Renton Centre in Washington is full with these waiting-to-be-fixed planes, and Boeing has now resorted to take up the employee car parking space to park these planes.

Aviation Photo has shared a photo on Twitter calling it a ‘historical moment in aviation history.' The photo shows multiple planes parked in staff car park space due to shortage of space in the plane parking lot at the Renton factory.

People have also taken to Instagram to share aerial images of the number of parked planes at the factory, and Seattle King 5 has full aerial footage of the pack of planes parked at the Renton factory. These planes are waiting to be fixed, before they can be tested and declared safe for flight once again.

Bloomberg notes that nearly 500 Boeing 737 Max planes are grounded at the moment, out of which 100 are at the Renton factory. The report states a monthly maintenance cost of about $2,000 is being incurred per plane, while they stay on ground. Apart from the maintenance cost, Bloomberg Intelligence analyst George Ferguson also notes that Boeing also faces an estimated $1.4 billion bill for airlines' cancelled flights and lost operating profit if the Max fleet is still grounded by the end of September,.

The Boeing 737 Max flights had a non-working security feature called angle of attack or AoA alert. This feature warns pilots when sensors measuring the up-or-down pitch of the plane's nose relative to oncoming air might be wrong. A Boeing spokesman said that based on a safety review, the company had originally planned to fix the cockpit warning when it began delivering a new, larger model of the Max to airlines in 2020. Both Boeing and the head of the FAA say that the alert is not critical for safety. It is not clear whether either crash could have been prevented if the cockpit alert had been working.