BMW i4 All-Electric Vehicle Enters Production at Munich Plant, Delivery to Start in 2022 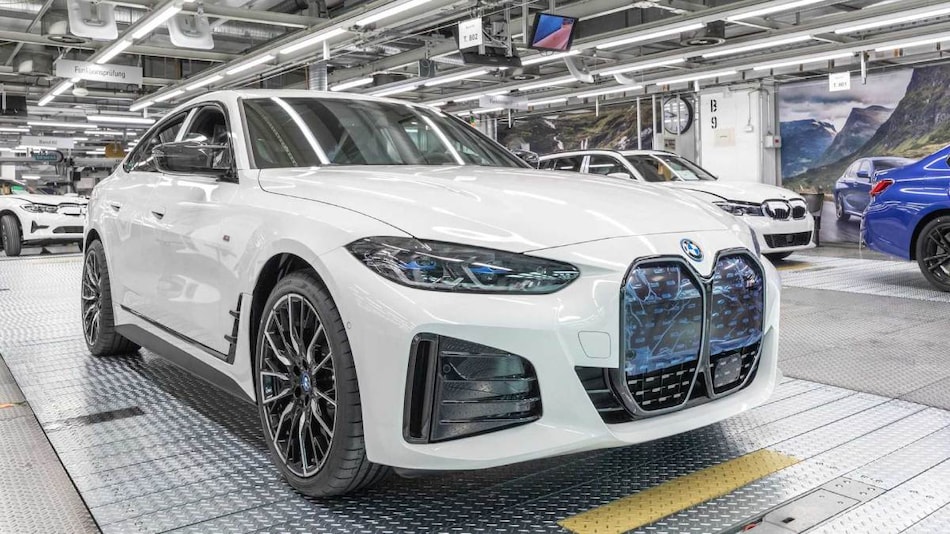 BMW i4 will be available for purchase in 2022

BMW has announced that it has entered its all-electric i4 model into production at its plant in Munich. The next-generation SUV is set to hit the market sometime in Spring next year. The Munich plant is where the multinational automaker builds multiple models, including combustion-powered and plug-in hybrid BMW 3 Series, BMW M3, and BMW 4 Series Gran Coupe. BMW said at least half of all cars rolling out of the plant will be electric vehicles by 2023.

The production of different models at a single plant — which is almost 100 years old — poses its own difficulties. It requires flexibility and a lot of integration into existing production structures. This costs BMW around EUR 200 million (roughly Rs. 1,747 crore).

“Setting up production of the fully electric BMW i4 in the confines of the almost 100-year-old plant, the conversion and installation of systems proved particularly challenging,” said BMW's Munich plant director Peter Weber.

“Our bodyshop is a shining example of intelligent, efficient integration. Most of the new production processes for the BMW i4 can be carried out on the existing bodyshop systems.”

However, BMW says the i4's architecture systems are 90 percent the same when compared to conventional ones, except for the electric drive and high-voltage battery. The battery pack is now bolted onto the body by a new, fully automated battery assembly system, which is equipped with high-resolution cameras to ensure there are no impurities that could cause damage.

“For the plant and team, the launch of the BMW i4 is a milestone on the road to electric mobility. By 2023 more than half of all vehicles from our Munich facility will have an electrified drive. The majority will be fully electric. So, Munich goes fully electric,” said BMW production board member Milan Nedeljković.

The BMW website states that the i4 comes equipped with a new Flexible Fast Charger. “This portable device, compatible with any 120V or 240V outlet, delivers optimised charging wherever you go. Charge from 0–100 percent in under 9 hours at a 240V outlet.”

Samsung Cloud to Stop Support for Gallery Sync and Drive Storage for My Files: All Details
Air Quality in India Got Worse Since the Installation of Outdoor Air Purifiers: Here’s Why