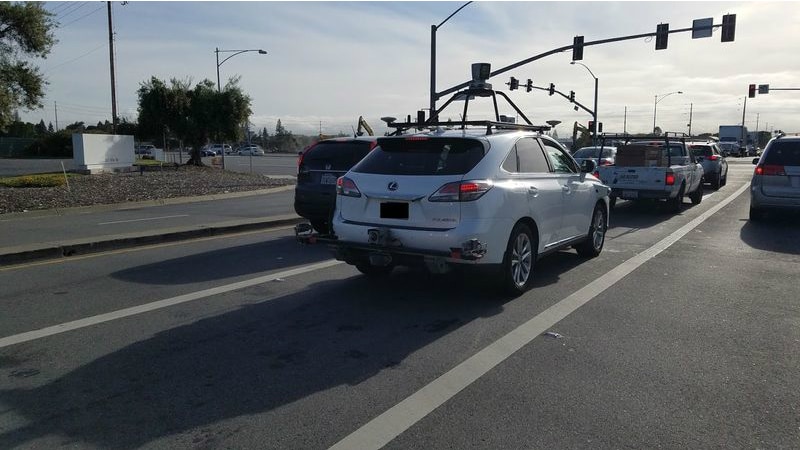 Soon after it received permit to test its self-driving cars on California roads, Apple is out and about testing its technology already. The Cupertino-giant's self-driving Lexus SUV test vehicle was reportedly spotted on the roads of Silicon Valley.

Bloomberg was the one to spot it, and it reports that Apple is using a Lexus RX450h SUV to test its self-driving technology. The car was spotted coming out of an Apple facility laden with sensors and kits for testing. Analysts who saw the photos claim that Apple's test vehicle sports third-party sensors from Velodyne Lidar Inc. It was using its "top-of-the-range 64-channel lidar, at least two radars and a series of cameras" that were bought from others rather than custom-made in its labs.

Two weeks ago, Apple got permission to try out its software on three vehicles on California roads. Apple was earlier reported to build an autonomous car, but it gave up on those dreams, and instead conceptualised 'Project Titan' to concentrate on just building software required for self-driving. It has drastically scaled back its automotive ambitions, leading to hundreds of job cuts and a new direction that, for now, no longer includes building its own car.

The 'Project Titan' team is currently under the leadership of Bob Mansfield, and Apple is said to now be investing heavily into the study of machine learning and automation software. The iPhone maker joins a long list of carmakers, start-ups and technology rivals, including Alphabet's Waymo that are testing cars on state roads. Apple is looking for new hit products and autonomous car technology is expected to revolutionize the traditional auto industry.