The updated interface shows more content on the screen with a modern design. 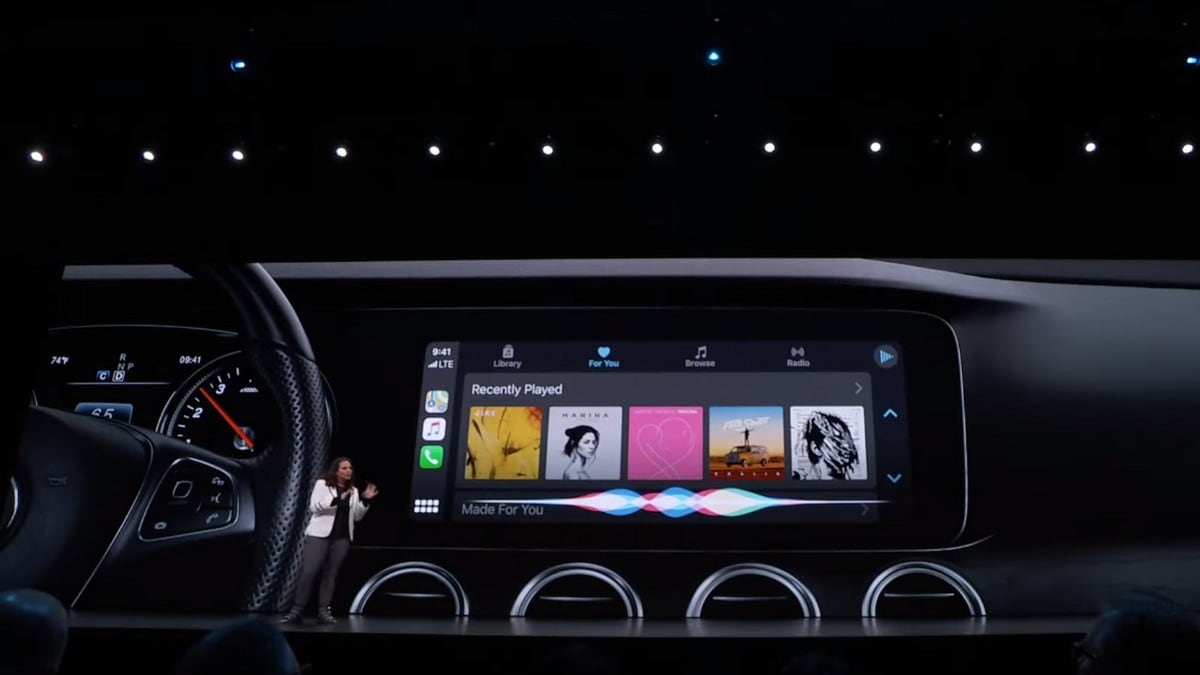 Apple WWDC 2019: Siri support has been extended to third-party apps as well

The beastly new Mac Pro, iOS 13, macOS Catalina, and iPadOS hogged the limelight at WWDC 2019, but one Apple offering that received comparatively lesser attention despite getting a major upgrade was Apple CarPlay. At Apple's annual developer conference, Apple announced a major design and functional overhaul for CarPlay, introducing a better interface, multi-tasking capabilities, and a smarter integration with Siri. Moreover, CarPlay's updated avatar also shows more information and can also connect with a wide array of HomeKit-supported hardware by using location-based data.

The most notable change is the updated CarPlay interface, which can now host more content and show multiple apps in a single view. For example, the updated dashboard can now simultaneously show the navigation screen and the media playback interface side-by-side. Moreover, opening an app on a connected phone will no longer change the app currently running on the CarPlay dashboard.

Additionally, it can also show more information such as album art, music recommendation, etc. The new version of CarPlay, which comes with iOS 13, can also pull important data such as upcoming events from the calendar with just a single voice command. What is even more interesting is that it will happen without prompting users to unlock their phone.

Talking about voice commands, Siri for CarPlay has gained support for third-party apps. Also, Apple's virtual assistant no longer occupies the full screen on being summoned. Instead, the ongoing app is retained on the screen while Siri accepts commands in the background after being prompted by the ‘Hey Siri' cue, which is received by a car's built-in microphone.

Moreover, CarPlay also gains some location-based automation features. For example, it can prompt the garage to open automatically as soon the location of a vehicle is detected near home. The CarPlay music and calendar apps have received a design overhaul as well. A light mode, which is claimed to be easier on the eyes, also makes its way to CarPlay's upgraded version.

CarPlay is also getting support for a ‘Do Not Disturb While Driving' mode that will block notifications while driving to keep distractions at bay. Moreover, the updated CarPlay will also let automakers develop compatible systems that can dynamically adjust the display size and show edge-to-edge content on non-rectangular screens.