Amazon conducted its first test of drone deliveries in 2016 in UK. 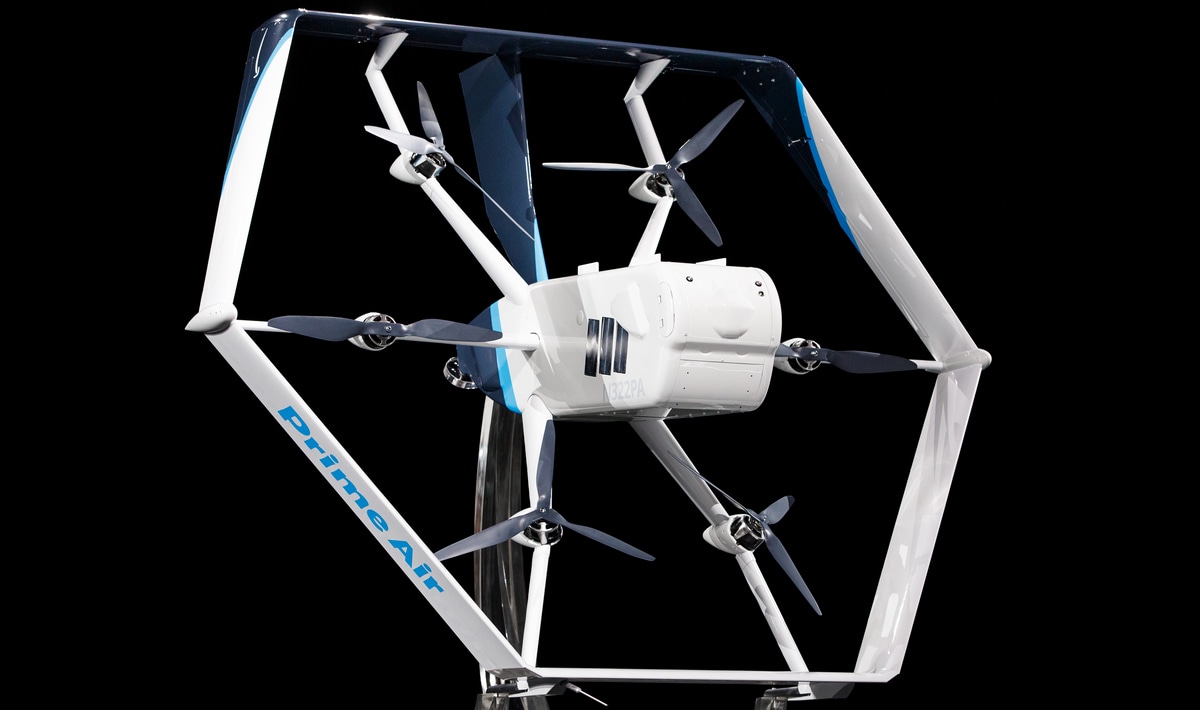 Amazon said Wednesday it expects to begin large-scale deliveries by drone in the coming months as it unveiled its newest design for its "Prime Air" fleet.

Jeff Wilke, head of Amazon's consumer operations, told the company's Machine Learning, Automation, Robotics and Space conference in Las Vegas that drones would play a role in ramping up efforts to shorten delivery times for many items to just one day for Amazon Prime members.

"We've been hard at work building fully electric drones that can fly up to 15 miles (25 kilometres) and deliver packages under five pounds (2.3 kilos) to customers in less than 30 minutes," Wilke said in a blog post.

"And, with the help of our world-class fulfilment and delivery network, we expect to scale Prime Air both quickly and efficiently, delivering packages via drone to customers within months."

Amazon offered no details about where or when the drone deliveries would be operational.

The company conducted its first test of drone deliveries in 2016 in Britain. At the time, it said US regulations made it harder to use drones for delivery in the United States.

Wilke said Wednesday that Amazon has invested to make its delivery drones safer and more efficient.

"It can do vertical takeoffs and landings -- like a helicopter," he said. "And it's efficient and aerodynamic - like an airplane. It also easily transitions between these two modes, from vertical-mode to airplane mode, and back to vertical mode."

The new drones are also designed to be stable even in gusty wind conditions, Wilke added.

"We know customers will only feel comfortable receiving drone deliveries if they know the system is incredibly safe," he said.

Amazon said earlier this year it would speed up its free delivery for its Prime subscribers, currently two days for most items, to a single day, with North American customers the first to benefit.

It said it would spend some $800 million (roughly Rs. 5,600 crores) in the current quarter in the effort to shorten delivery times. It is also hiring more drivers and offering employees an opportunity to launch their own delivery enterprise with a subsidy from Amazon.