Mercedes-Benz says the technology will pick up brainwaves and send signals to the onboard computer that will perform the functions. 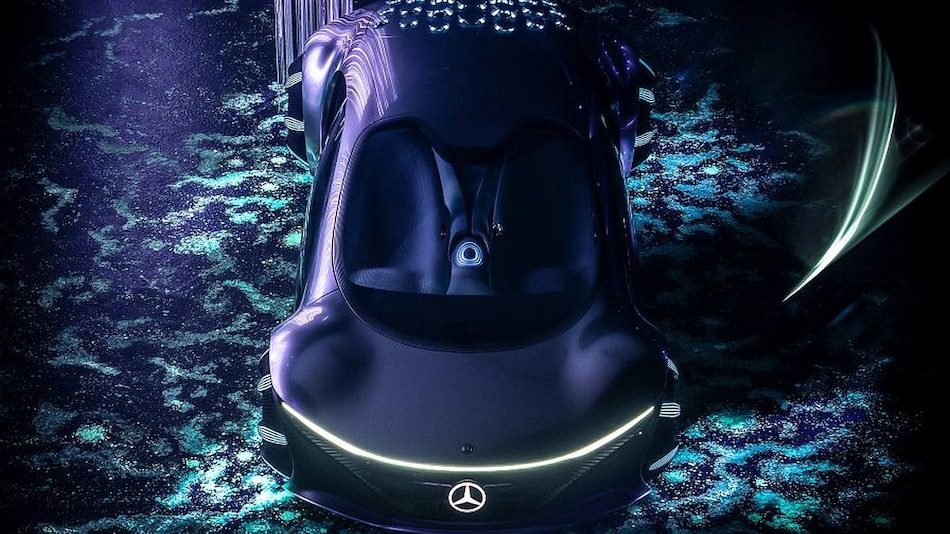 Mercedes-Benz Vision AVTR is imagined to be completely emission-free

It appears the day is not far when vehicles will read minds and operate according to the thoughts of the person on the driving seat. German luxury carmaker Mercedes-Benz is determined to achieve that vision. At the recent IAA 2021 show in Munich, Germany it unveiled a new version of its AVTR concept car that uses the “Brain Computer Interface” (BCI) technology to follow the thoughts of its driver. The company's ‘Vision AVTR' concept is inspired by the movie Avatar. The high-tech car aims to seamlessly merge man and machine, allowing humans to perform “intuitive interaction” with the vehicle.

On its website, Mercedes-Benz states that it had developed “the show car together with the Avatar team”. It also adds that as soon as a person gets in, “the car becomes an extension of your own body and a tool to discover the environment, much as in the film humans can use avatars to extend and expand their abilities”. So, how does it work? Let's find out.

Think about something, and it gets done

The concept car's BCI technology picks brainwaves and sends signals to the onboard computer, which performs the functions. You can do several things inside the car by simply thinking about it and without disturbing anyone inside. For example, the technology will allow you to change the music on the vehicle's stereo system without even lifting a finger. However, to be able to perform these functions, you will be required to be on the driver's seat and wear electrodes on the head to allow the BCI to be able to understand what you want it to do.

How to wake up the vehicle?

There are several other improvements that the vehicle manufacturer says are interesting. It said the first interaction between man and vehicle is completely intuitive. The driver is required to place his hand on the centre console right next to his seat, which will wake up the vehicle. The car will recognise the driver by breathing. “The Vision AVTR thus establishes a biometric connection with the driver and increases his awareness of the environment,” says Mercedes.

For this car, Mercedes says it has worked with a completely new design approach. It says the design process takes into account the experience, perception, and needs of the passengers. It's also about creating space to allow passengers to connect with each other easily.

The back shell of the seat and the sky have colour-changing fabric. Depending on the light, the textile changes its colour from dark to subtle blue. There will be no conventional steering wheel for the driver; it will be replaced by the central console.

The vehicle will have a combined engine power of more than 350kW. The company says the battery capacity is “exponentially high” compared to other battery systems — of around 110kWhr. This gives the Visiion AVTR a range of more than 700km. Also, it can be fully recharged in less than 15 minutes. Mercedes says its battery technology is graphene-based and "eliminates rare, toxic and expensive earths such as metals".