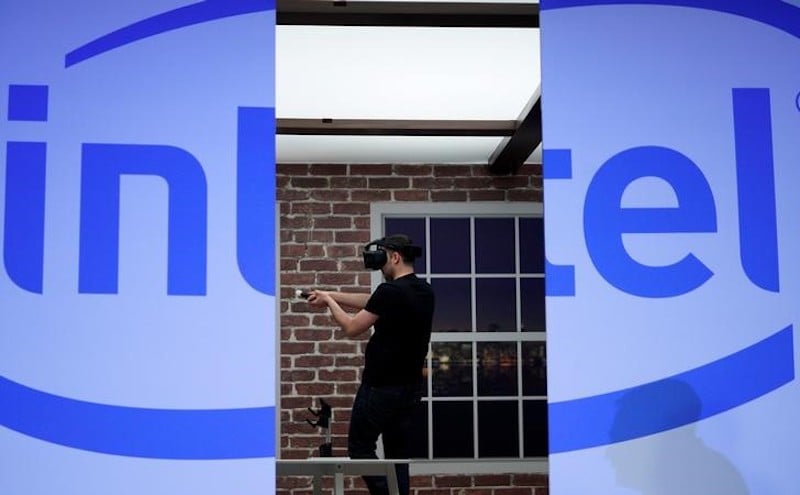 To understand Intel's $15.3 billion proposed acquisition of Israel's Mobileye, imagine the data created and compiled by a self-driving car scanning the road and objects around it as a potential source of revenue.

That data, says Intel Corp Chief Executive Brian Krzanich, is the key to the deal, and may see its first tangible revenue stream through mapping technology.

Self-driving car data could bring in $450-$750 billion globally by 2030, according to McKinsey & Company, with such wide-reaching applications as shopping inside cars, vehicles as entertainment centers, or better city planning based on data.

"Tech firms are hunting for ever more data. Miles = data," wrote Morgan Stanley analyst Adam Jonas in a note on Monday to clients after Intel announced the deal.

To be sure, before self-driving cars dominate the road, unresolved debates over who owns the data, how it can be shared and whether drivers can opt out over privacy concerns need to be ironed out. It is also too early to gauge whether Mobileye will win a data race that has barely begun.

Still, Mobileye says it has 80 percent of the market of advanced driver assistance systems (ADAS) that can automatically apply brakes or keep a car in its lane, and Intel sees that as a start.

"That definitely helps fill the revenue opportunity for the next few years while the industry and carmakers move to full automation," Kathy Winter, general manager of Intel's automated driving unit, told Reuters.

"When we look forward, everything we do together will be learning from the data coming off these vehicles."

Mobileye is working on its first commercial map application, Road Experience Management (REM), which feeds data about a vehicle's surroundings into a system that updates existing maps in real time. Mobileye already has deals with BMW and Volkswagen, which mean those carmakers' vehicles can help source the data beginning in 2018, and share in the revenue.

Intel already owns 15 percent of HERE, a digital map consortium made up of Germany's automakers, which makes the high-definition maps that are updated by Mobileye's REM.

Given there are already 15 million cars with its cameras on the road, Mobileye has "significant early mover advantage" in the high definition mapping space, Jefferies analyst David Kelley wrote to investors last month.

"This purchase validates that this data layer is valuable," Stefan Heck, the CEO of Nauto, a Silicon Valley start-up also using a car vision system to collect and process data, told Reuters.

Needham and Co, which sees a total ADAS market of $8.5 billion by 2022, surmised mapping data could be paid per mile by an autonomous car provider, while real-time data on traffic, hazards, or parking spots could be sold to mapping companies.

Playing catch-up?
Given the expense and complicated nature of autonomous driving systems, most carmakers rely heavily on suppliers like Mobileye for key technology.

Tesla, however, once a buyer of Mobileye's camera system, has developed an in-house integrated vision-based system more reliant on radar than cameras, part of its push to be less reliant on suppliers.

Traditional suppliers like Germany's Continental or Sweden's AutoLiv, who have steered clear of the advanced navigation systems inside cars, may be too late to play "catch-up" to Intel, said Evercore's Chris McNally in a note.

One issue still to be hammered out is who owns the data a self-driving car collects and whether the passenger has a privacy right.

While drivers may not be spooked by access to their aggregated mapping and navigation data, they may balk at sharing personal data and preferences, McKinsey wrote last year.

Some data deserves to be shared, Winter argued in a February blog. "Every autonomous car out there shouldn't have to find the same pothole and log it," she wrote.

The Matrix Is Said to Be Getting a Reboot
Germany Plans to Fine Facebook, Other Social Media Sites Over Hate Speech