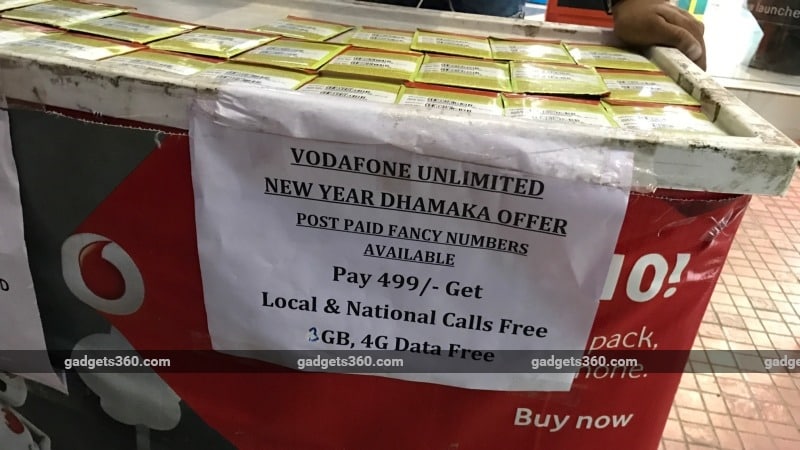 Vodafone has revamped its Red postpaid plans to offer unlimited calls and more data to users in a bid to counter Reliance Jio. The revamped Vodafone Red postpaid plans come soon after Airtel started offering 3GB of free mobile data per month to prepaid and postpaid customers switching to its 4G network.

Gadgets 360 tried to get in touch with Vodafone to confirm the new Red postpaid plans, but the company declined to comment on the revamped plans. However, it's evident the revamped Vodafone Red postpaid plans are available in some regions, with dealers already hawking them (as seen in the above image). These are just the latest in a growing range of plans released by Indian telecom operators to take on the Reliance Jio free services, which recently got an extension of three months under the Jio Happy New Year Offer.

Vodafone India, like other telecom operators in the country, has been trying to retain customers in the wake of Reliance Jio's launch. Back in August, Vodafone unveiled the new Red plans for postpaid 3G and 4G customers offering unlimited roaming and voice calls alongside data benefits. In September, Vodafone launched a data offer where customers with a 4G handset could get the benefit of 10GB data at the cost of just 1GB for up to three months.