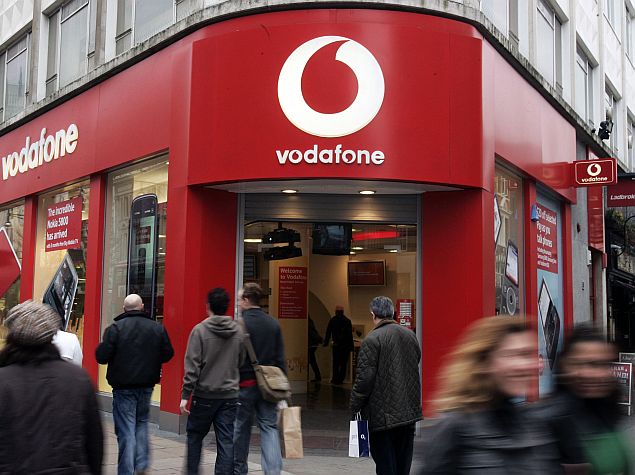 Country's second largest telecom operator Vodafone India has asked the government for immediate allotment of the 1800MHz spectrum that it won in the February auction.

The company has also sought extension of the spectrum's validity by 6 months from the date of allocation.

"Vodafone India has formally requested the DoT and regulator Trai for immediate allotment of the 1800MHz spectrum, which it had won in auctions. Only 7 weeks are left, when as per DoT, the presently deployed spectrum in 900MHz is to be replaced by 900MHz won in auctions," Vodafone said in an media advisory note.

Telecom companies, which won spectrum in the auction and paid for it in the first week of March, are yet to be assigned radiowave frequencies that are used for transmitting mobile signals.

Vodafone's licences for telecom services in Delhi, Mumbai and Kolkata are due to expire in November for which it had to buy spectrum afresh to continue operations. Similarly, Airtel's permit in Delhi and Kolkata are expiring same month.

"Despite several reminders, the spectrum has not been earmarked till now," Vodafone said.

The company said spectrum allocation matter is in a critical situation and may have "repercussions bigger than any other quality of service issue seen in the history of mobile telecom in India".

Vodafone had over 91 lakh mobile subscribers in Delhi, 77 lakh in Mumbai and 47 lakh in Kolkata in July.

Both the companies are required to use new set of frequencies in place of their existing spectrum.

"This changeover under normal circumstances could take at least 6 months after the earmarking of frequencies. DoT is also on record saying that looking at the technical and implementation issues, it is observed that 6 months period may not be sufficient to migrate the network from 900MHz to 1800MHz band on extension of licences," Vodafone said.

The company said that under the current situation, with very little time left and spectrum frequencies not assigned on the prescribed date is bound to considerably impact services despite best efforts by the company round the clock.

"The public cannot afford any loss of service because of these changeovers not getting completed due to non-earmarking of spectrum in 1800MHz band by DoT," Vodafone said.

Vodafone said it has requested the Department of Telecom to earmark the spectrum without any delay and also take up the issue of changeover in totality on an immediate basis so that there is no loss or inconvenience caused to the public.

"This will include continuation on existing in use 900MHz frequencies for at least 6 months from the date of earmarking of 1800MHz spectrum, which is a necessity," Vodafone said. The company has sought DoT response on its communication by October 10, the note said.

In February, 7 companies - Airtel, Vodafone, Reliance Jio Infocomm, Idea Cellular, Aircel and Reliance Communications - had won spectrum for a cumulative amount of Rs. 62,162 crore, but DoT is yet to assign them the frequencies required for operations.