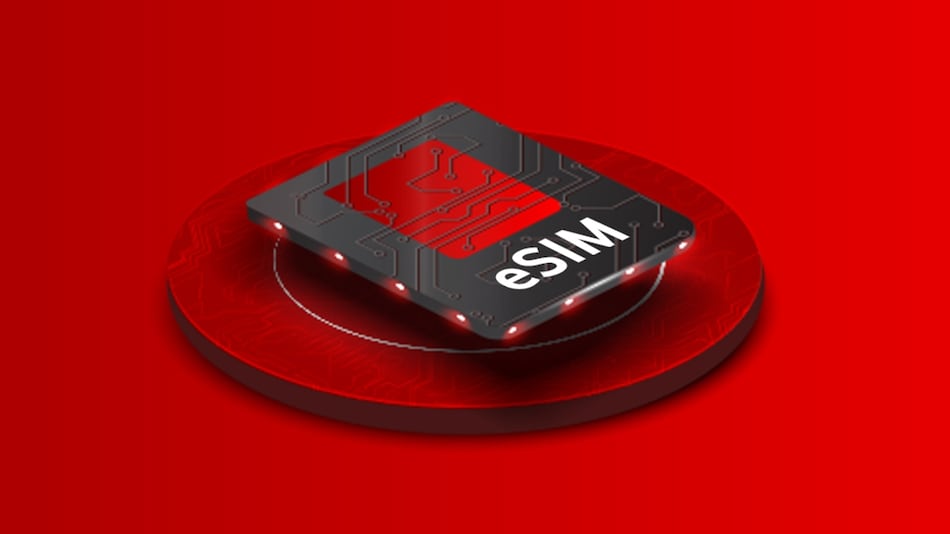 Vodafone Idea today launched eSIM support for its postpaid customers in Delhi, Gujarat, and Mumbai circles. With the new addition, eligible Vodafone and Idea customers will no longer be required to put in a physical SIM card to access their cellular network on their mobile phones. They will, instead, be able to access the network through the integrated SIM chip. The new support is initially available to the recent iPhone models, though it will be available expanded to other phones at a later stage.

The list of iPhone models that have received eSIM support by Vodafone Idea include the iPhone 11, iPhone 11 Pro, iPhone 11 Pro Max, iPhone SE (2020), iPhone XS, iPhone XS Max, and the iPhone XR. The service will also soon be available on the Samsung Galaxy Z Flip and Galaxy Fold, the telco said in a statement.

Up until now, Airtel and Reliance Jio were the two telecom operators that were offering eSIM support in India. Vodafone Idea, however, did bring an early glimpse at the new experience by announcing a similar support for the Apple Watch cellular models in the country last month.

New and existing Vodafone and Idea postpaid customers can leverage eSIM support on any of the compatible models. This brings the flexibility of using more than one SIM network simultaneously especially for iPhone users as they don't have a traditional, dual-SIM card slot.

How to get Vodafone Idea eSIM

If you're an existing customer on the Vodafone Idea network, you can avail eSIM support by sending an SMS message “eSIM email id” at 199. In case if you don't have an email ID registered with your mobile number, you are required to send an SMS “email email id” to 199. This will initiate the eSIM registration process.

Once the email ID is validated, the telco will send you an SMS message from 199. You need to reply back with “ESIMY” to confirm your request. After that, you'll get another SMS message from 199 asking you to provide a consent over a phone call. This will initiate an email with a QR code to your registered email ID that you need to scan on your device.

Make sure that your device is on active Wi-Fi or mobile data. After that, you can scan the QR code on your iPhone by going to Settings > Mobile Data > Add Data Plan. The device will now ask you to scan the QR code you've received on email.

If you're a new customer, you can get eSIM support by visiting your nearest Vodafone store with a proof of identity and a photograph. It is recommended to carry your smartphone along so that the QR generated during the process can be scanned.

Vodafone Idea promises that the eSIM will be successfully activated within two hours post scanning the QR code. It is also important to note that the QR code sent through email will be of single use.