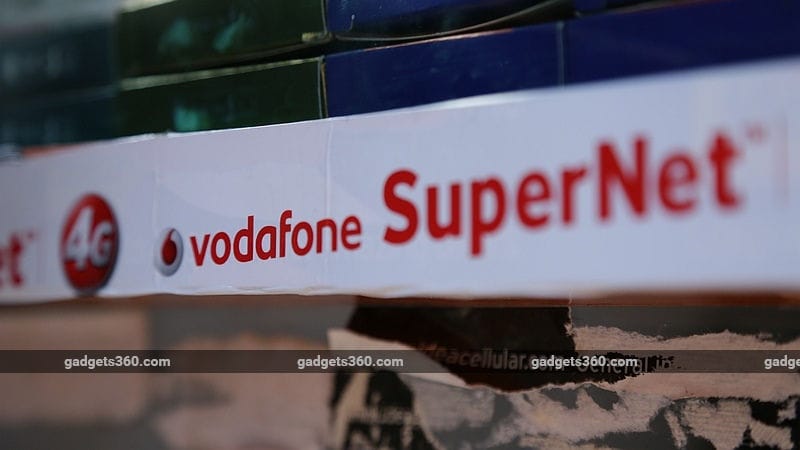 Vodafone has launched two new recharge packs worth Rs. 511 and Rs. 569 for its subscribers in various circles in an effort to take on the rivals Jio and Airtel. Under the latest offer, Vodafone is offering up to 3GB of data per day to prepaid users. The key highlight of these plans is the validity them come with. Both the packs are valid for 84 days, but they are currently available only in some circles.

Under the Rs. 511 prepaid pack, Vodafone is offering unlimited local and STD voice calls including roaming, 100 SMS messages per day, and 2GB of 3G/ 4G data per day. The telco is essentially offering 168GB of data for Rs. 511, as it comes with a validity of 84 days. Coming to the Rs. 569 plan, Vodafone is offering the same voice calling and SMS benefits, but with more data. Under the plan, prepaid subscribers get 3GB of 3G/ 4G data per day. It translates to 252GB of data during the validity period of 84 days.

It is worth noting that both the Rs. 511 and Rs. 569 plans are available in select circles such as Maharashtra and Goa (excluding Mumbai), Gujarat, and Kerala. It remains to be seen if Vodafone will roll out the plans across India.

When it comes to offers close to offers close to Vodafone's Rs. 511 plan, Jio is offering the same voice calling and data benefits in a prepaid plan worth Rs. 448. The Jio plan also comes with a validity period of 84 days. Also, Airtel recently launched a Rs. 499 plan that offers 2GB of 3G/ 4G data per day alongside the same voice calling and SMS benefits, for a validity period of 82 days.

Coming to the Vodafone Rs. 569 recharge pack, it appears to be a unique offer from the company. No other telco is offering 3GB of daily data for a validity period of 84 days. Jio has a Rs 299 plan that comes with 3GB of daily data, but it is valid only for 28 days. Meanwhile, Airtel does not seem to have any offer close to what Vodafone is offering in this plan.