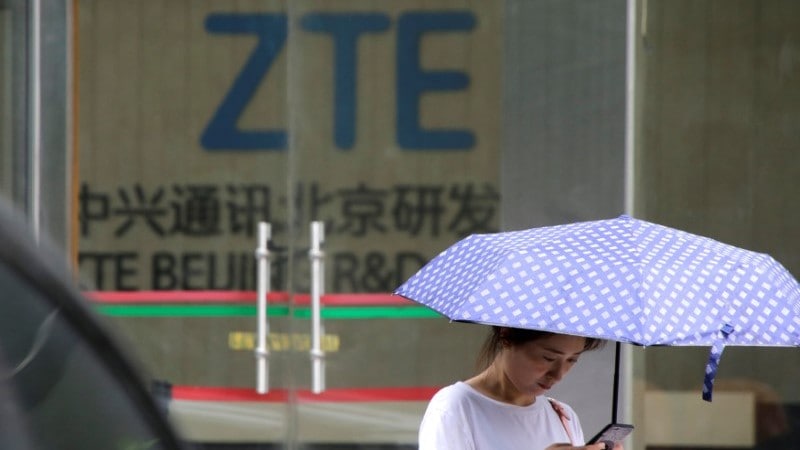 US senators who back a clampdown on ZTE Corp urged fellow lawmakers on Tuesday not to give in to White House pressure to support an agreement lifting a ban on the Chinese telecommunications company.

That agreement, announced on June 7, has not yet been enacted. A Commerce Department official told Reuters on Tuesday that ZTE and the US government were still working on an escrow arrangement before the ban on the company can be lifted.

In a rare break with President Donald Trump's policy, the Republican-led Senate voted 85-10 on Monday for a sweeping defence policy bill that included the provision killing the Trump administration's agreement with ZTE.

Republicans and Democrats have expressed national security concerns about ZTE and another major Chinese telecommunications company, Huawei Technologies. But their ire against ZTE rose after it broke an agreement to discipline executives who conspired to evade US sanctions on Iran and North Korea.

ZTE agreed to pay a $1 billion (roughly Rs. 6,800 crores) penalty and put $400 million in an escrow account in a US bank as part of the settlement pact reached on June 7 to allow it to do business again with US suppliers.

Trump is expected to lobby hard against the ZTE measure, approved by the Senate as an amendment to a must-pass annual defence policy bill. He was to address House Republicans later on Tuesday, and meet with senators on Wednesday.

Stocks fall
Shares of the Chinese telecommunications firm and its US business partners fell after the Senate vote, although the measure could still be killed when Senate and House of Representatives lawmakers meet in the coming weeks to forge a compromise version of the National Defense Authorisation Act, or NDAA.

Asked for comment, the White House referred to a statement last Wednesday suggesting that the ZTE amendment undermined Trump's authority, saying the administration would work with Congress to ensure the final NDAA "respects the separation of powers."

Chuck Schumer, the Senate's top Democrat, said he was "heartened" by support for the amendment, which included the backing of some of the most conservative Republicans and liberal Democrats.

He urged members of the House, where Trump's fellow Republicans control a larger majority than in the Senate, to support the legislation.

Senator Tom Cotton, a Republican Trump ally and co-author of the ZTE amendment, said he was pleased it was adopted. A member of the Senate Armed Services Committee, he would be part of the conference forging the compromise NDAA, expected by the end of July.

"We'll have to reconcile our provisions with the House. I'm hopeful that we can move them in our direction, but that'll be the subject of negotiations in the coming weeks," Cotton said on the "Hugh Hewitt" radio show.