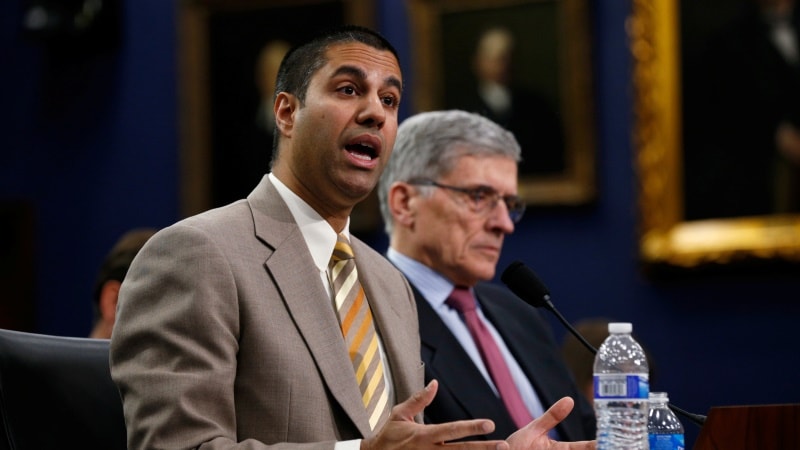 The US Federal Communications Commission voted 2-1 on Thursday to advance a Republican plan to reverse the Obama administration's 2015 "net neutrality" order.

FCC Chairman Ajit Pai wants the commission repeal the rules that reclassified Internet service providers as if they were utilities. He thinks the open Internet rules adopted under former President Barack Obama, a Democrat, were unnecessary and harm jobs and investment.

"We propose to repeal utility-style regulation," Pai said on Thursday. "This is the right way to go."

The public will have until mid-August to offer comments before the FCC votes on a final plan.

Pai wants public input on whether the FCC has the authority or should keep its "bright line" rules barring Internet companies from blocking, throttling or giving "fast lanes" to some websites.

Pai declined on Thursday to commit to retaining any rules, but said he favours an "open Internet." He added he would make public a final proposal before a final vote.

Democratic FCC Commissioner Mignon Clyburn, who voted against the plan, said the end game appears to be an Internet without FCC regulatory oversight. She said the proposal "jeopardizes the ability of the open internet to function tomorrow, as it does today."

Many companies and Republicans think Congress should pass legislation clarifying the FCC's role to resolve a decade-long dispute over Internet regulations.

The FCC, which has already received more than 1 million comments, is also seeking comment on whether US states should be able to set their own Internet regulations governing broadband privacy and other issues.

Facebook Inc, Alphabet Inc and other Internet companies back net neutrality rules, saying they guarantee equal access to the Internet.

Providers insist they will not engage in blocking or throttling even in the absence of rules, but critics are sceptical.

US Senator Brian Schatz, a Democrat, said "it will take millions of people standing up, just like they did before, to say that the internet needs to stay free and open. That's what it will take to win."

Comcast, Charter Communications Inc and Altice NV's US unit and others signed an advertisement committing "to an open Internet that gives you the freedom to be in charge of your online experience ... We do not block, throttle or otherwise impair your online activity."