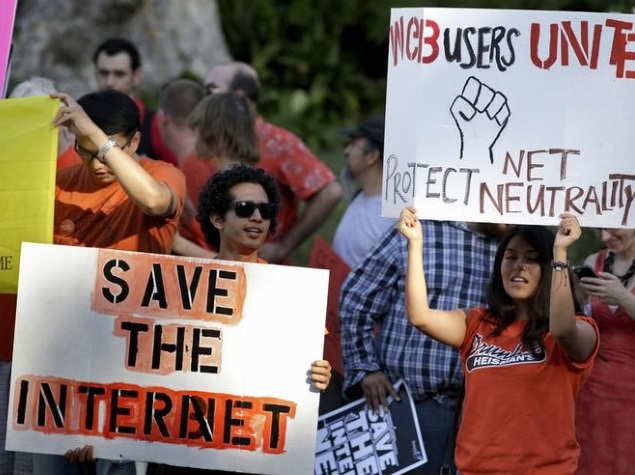 The issue is at the heart of a debate over whether the FCC should undo exemptions applied to mobile carriers as it rewrites Internet traffic regulations, after an appeals court rejected its 2010 rules in January.

Consumer advocates and wireless industry experts discussed the question of parity between wireless and wireline networks at one of several roundtables called by Wheeler to get "from heat to light" on so-called net neutrality rules.

Christopher Guttman-McCabe, vice president for regulatory affairs at wireless association CTIA, stressed that wireless networks differed by being shared and more dynamic than wireline ones. He said "a radical change" to mobile net neutrality rules to create parity threatened the wireless networks with poorer consumer experiences and less investment in innovation.

"Chris, I can't accept your 'hell will freeze over' analogy," said Wheeler, who ran the CTIA from 1992 to 2004 before becoming a venture capitalist.

Wheeler urged the panel to instead focus on what "reasonable network management" should mean, citing a recent comment by Verizon Communications Inc CEO Lowell McAdam as showing the largest wireless carrier was already committed to abiding by net neutrality parity.

"To the extent that the FCC moves forward with reasonable rules that recognize the differences between wireline and wireless, we're likely to be able to satisfy them with the way that we provide our services," he said.

Wireless and consumer interest representatives agreed that mobile networks technologically differed from wired networks, but disagreed on the extent to which wireless ISPs should be restricted in "reasonable network management."

"We appreciate that there are operational challenges, I just don't think that's a carte blanche for carriers" to hurt consumers, said Delara Derakhshani of the Consumers Union.

U.S. consumers, particularly minorities, increasingly rely on mobile phones for Internet access, prompting Wheeler to underscore in a recent speech that the agency has "specifically recognized that there have been significant changes in the mobile marketplace since 2010."

It is unclear to what extent Wheeler is prepared to regulate wireless net neutrality.

"Although I continue to keep an open mind, I must say that I have concerns about a lower, a possible lower standard for mobile services," FCC Commissioner Mignon Clyburn said on Tuesday.

Android One in Mind, Google Encourage Developers to Optimise Apps for the Next 5 Billion
Scotland's 'Yes' Campaign Winning Facebook Battle