Trump to Help ZTE 'Get Back Into Business' 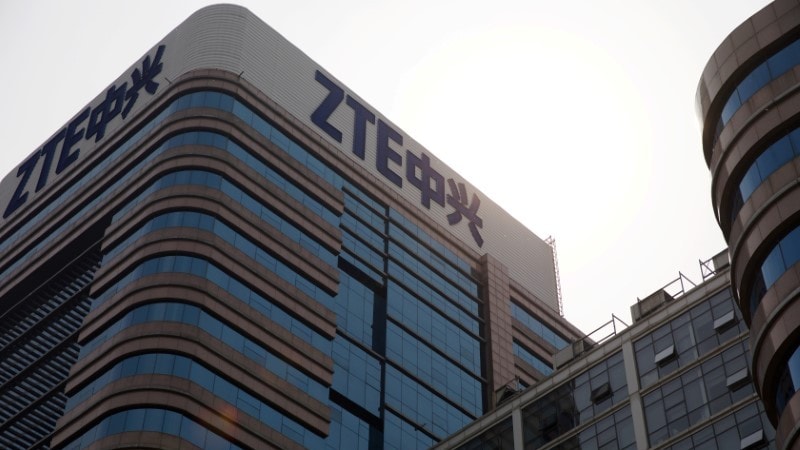 US President Donald Trump pledged on Sunday to help ZTE Corp "get back into business, fast" after a US ban crippled the Chinese technology company, offering a job-saving concession to Beijing ahead of high-stakes trade talks this week.

"Too many jobs in China lost. Commerce Department has been instructed to get it done!" Trump wrote on Twitter in the first of two tweets about US trade relations with China. It said he and Chinese President Xi Jinping were working together on a solution for ZTE.

Shortly after Trump's tweet, a Democratic lawmaker questioned the move to help the Chinese company, given numerous warnings about ZTE's alleged threat to US national security.

ZTE suspended its main operations after the US Commerce Department banned American companies from selling to the firm for seven years as punishment for ZTE breaking an agreement reached after it was caught illegally shipping US goods to Iran.

The Commerce Department, ZTE and the Chinese embassy in Washington could not immediately be reached for comment.

White House spokeswoman Lindsay Walters confirmed that US officials were in contact with Beijing about ZTE. She said Trump's tweet underscored the importance of "free, fair, balanced and mutually beneficial" relations between the United States and China on issues involving the economy, trade and investment.

Trump expects Commerce Secretary Wilbur Ross "to exercise his independent judgment, consistent with applicable laws and regulations, to resolve the regulatory action involving ZTE based on its facts," Walters said.

US officials are preparing for talks in Washington with China's top trade official Liu He to resolve an escalating trade dispute.

Trump's proposed reversal will likely ease relations between the world's two biggest economies. Washington and Beijing have proposed tens of billions of dollars in tariffs in recent weeks, fanning worries of a full-blown trade war that could hurt global supply chains and dent business investment plans.

In trade talks in Beijing this month, China asked the United States to ease crushing sanctions on ZTE, one of the world's largest telecommunications equipment makers, according to people with knowledge of the matter.

In a second tweet on Sunday, Trump said past US trade talks with China posed a hurdle that he predicted the two countries would overcome.

"China and the United States are working well together on trade, but past negotiations have been so one-sided in favour of China, for so many years, that it is hard for them to make a deal that benefits both countries," Trump wrote on Twitter.

Shocking blow
It was not clear China would accept Trump's assertion that Beijing needs to work toward a mutually beneficial outcome.

"The US should be aware that it must become more cooperative and constructive in the trade talks with China," the China Daily, China's official English-language newspaper, said in a Monday editorial.

"It should bear in mind that the outcomes of dialogue should be mutually beneficial and China will not accept its interests being damaged," the newspaper said, adding that Washington must "cast away its unilateral mentality".

The editorial did not mention ZTE.

Trump's comments on ZTE could have a significant impact on shares of American optical components makers such as Acacia Communications Inc and Oclaro Inc, which fell when US companies were banned from exporting goods to ZTE.

The US government launched an investigation into ZTE after Reuters reported in 2012 the company had signed contracts to ship hardware and software worth millions of dollars to Iran from some of the best-known U.S. technology companies.

ZTE pleaded guilty last year to conspiring to violate US sanctions by illegally shipping US goods and technology to Iran and entered into an agreement with the US government. The ban is the result of ZTE's failure to comply with that agreement, the Commerce Department said.

It came two months after two Republican senators introduced legislation to block the US government from buying or leasing telecommunications equipment from ZTE or Huawei, citing concern the companies would use their access to spy on US officials.

Without specifying companies or countries, Federal Communications Commission Chairman Ajit Pai recently said "hidden 'backdoors' to our networks in routers, switches, and other network equipment can allow hostile foreign powers to inject viruses and other malware, steal Americans' private data, spy on US businesses, and more."

ZTE relies on US companies such as Qualcomm, Intel Corp and Alphabet's Google. American companies are estimated to provide 25 percent to 30 percent of components in ZTE's equipment, which includes smartphones and gear to build telecommunications networks.

Claire Reade, a Washington-based trade lawyer and former assistant US Trade Representative for China affairs, said the ZTE ban was a shocking blow to China's leadership and may have caused more alarm in Beijing than Trump's threats to impose tariffs on $50 billion in Chinese goods.

"Imagine how the United States would feel if China had the power to crush one of our major corporations and make it go out of business," Reade said. "China may now have strengthened its desire to get out from a under a scenario where the United States can do that again."

Even though ZTE was probably "foolish" in not understanding the consequences of violating a Commerce Department monitoring agreement, she said the episode made it less likely that China would make concessions on US demands that it stop subsidising efforts to develop its own advanced technology, she said.

"This is a fascinating development in a highly unusual case that has gone from a sanctions and export control case to a geopolitical one," said Washington lawyer Douglas Jacobson, who represents some of ZTE's suppliers.

Trump's announcement drew sharp criticism from a Democratic lawmaker, who said the move was jeopardizing US national security.

"Our intelligence agencies have warned that ZTE technology and phones pose a major cybersecurity threat," Representative Adam Schiff said on Twitter. "You should care more about our national security than Chinese jobs."