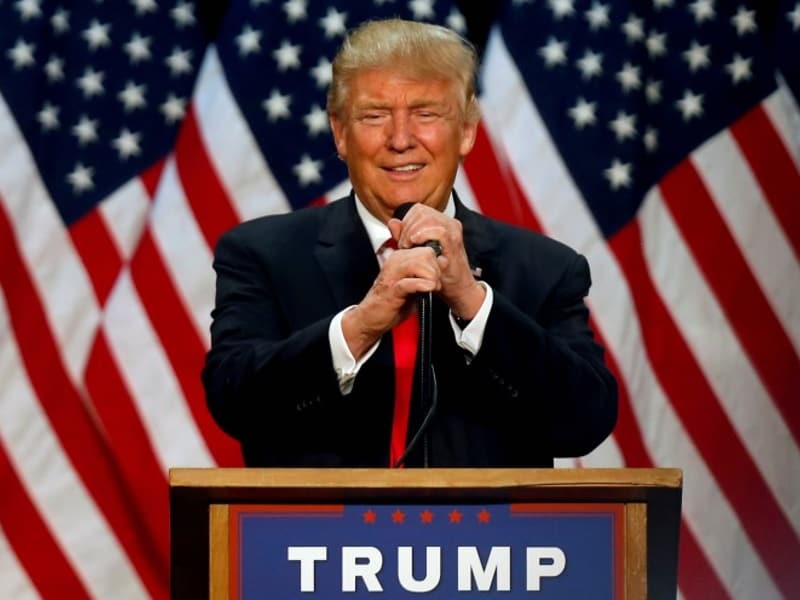 US President Donald Trump on Monday signed a repeal of Obama-era broadband privacy rules, the White House said, a victory for internet service providers and a blow to privacy advocates.

Republicans in Congress last week narrowly passed the repeal of the privacy rules with no Democratic support and over the strong objections of privacy advocates.

The signing, disclosed in White House statement late on Monday, follows strong criticism of the bill, which is a win for AT&T Inc, Comcast Corp and Verizon Communications Inc .

The bill repeals regulations adopted in October by the Federal Communications Commission under the Obama administration requiring internet service providers to do more to protect customers' privacy than websites like Alphabet Inc's Google or Facebook Inc.

The rules had not yet taken effect but would have required Internet providers to obtain consumer consent before using precise geolocation, financial information, health information, children's information and web browsing history for advertising and marketing.

FCC Chairman Ajit Pai praised the repeal in a statement late on Monday for having "appropriately invalidated one part of the Obama-era plan for regulating the internet." Those flawed privacy rules, which never went into effect, were designed to benefit one group of favoured companies, not online consumers."

Pai said the FCC would work with the Federal Trade Commission, which oversees websites, to restore the "FTC's authority to police internet service providers' privacy practices."

Republican FCC commissioners have said the Obama rules would unfairly give websites the ability to harvest more data than internet service providers.

The action is the latest in a string of reversals of Obama administration rules. On Monday, the FCC reversed a requirement that Charter Communications Inc extend broadband service to 1 million homes that already have a high-speed provider.

Verizon does not sell personal web browsing histories and has no plans to do so but the company said it has two advertising programs that use "de-identified" customer browsing data, including one that uses "aggregate insights that might be useful for advertisers and other businesses."

The American Civil Liberties Union said last month Congress should have opposed "industry pressure to put profits over privacy" and added "most Americans believe that their sensitive internet information should be closely guarded."

Trade group USTelecom Chief Executive Jonathan Spalter in a statement praised Trump for "stopping rules that would have created a confusing and conflicting consumer privacy framework."

Last week, 46 Senate Democrats urged Trump not to sign the bill, arguing most Americans "believe that their private information should be just that."

Republicans later this year are expected to move to overturn net neutrality provisions that in 2015 reclassified broadband providers and treated them like a public utility - a move that is expected to spark an even bigger fight.