TRAI believes the CAS, SMS testing procedures will bring transparency in the entire value chain of the broadcasting sector. 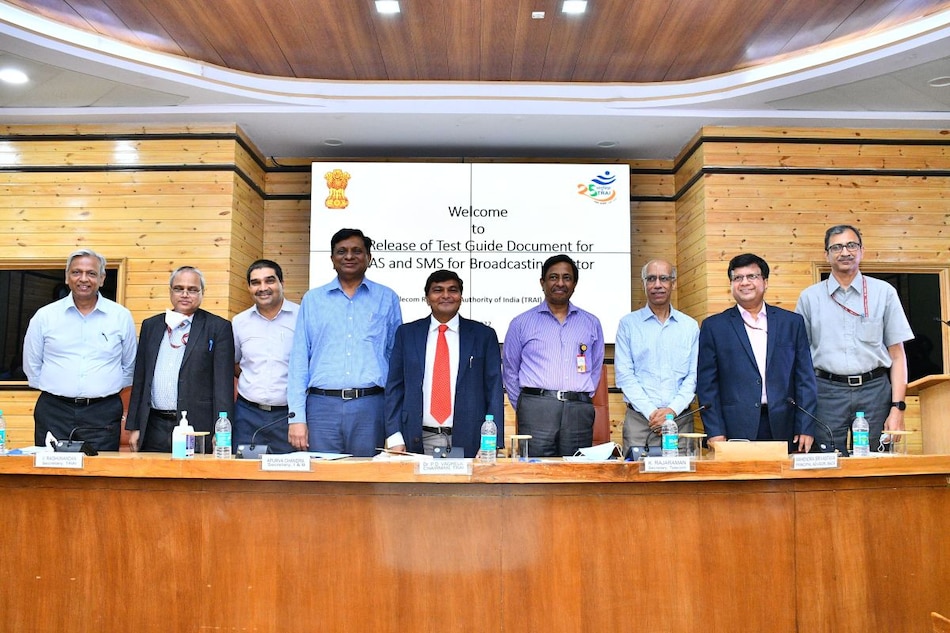 The Telecom Regulatory Authority of India (TRAI) on Wednesday released guidelines for the testing and certification of the conditional access system (CAS) and the subscriber management system (SMS) for the broadcasting sector.

The 'Test Guide Document for CAS and SMS' was released in the presence of Information and Broadcasting (I&B) Ministry secretary Apurva Chandra, Department of Telecom (DoT) secretary K Rajaraman and TRAI chairman P D Vaghela at an event.

Addressing the event, I&B secretary Chandra said the release of the CAS and SMS testing procedures will bring "more transparency" in the entire value chain of the broadcasting sector.

"It has been a common refrain from the broadcasters that the CAS and SMS are bypassed by the MSOs and LCOs specially. And, that is why there are issue with regard to the reporting of the number of customers, diversions and piracy," he said.

"Hopefully, with this CAS and SMS test procedures now being notified, these things will be taken care of," he added.

Chandra noted that TRAI had notified a framework for technical compliance of conditional access system (CAS) and subscriber management system (SMS) for the broadcasting and cable sector in 2017.

The 'Test Guide Document', which provides clause by clause test schedules and procedures, will help in operationalising the framework, he added.

Speaking on the occasion, DoT secretary Rajaraman said the release of the test guide document was "a step forward" in protecting the rights of the consumers. "Standards are very important.They define what a consumer needs to get in terms of quality of service. In a good market, consumer rights has to be protected. So these test procedures are very critical," he said.

Last year in June, The TRAI had notified an amendment to interconnection regulations of 2017 which provided for a framework for technical compliance of conditional access system (CAS) and subscriber management system (SMS) for the broadcasting and cable sector.

The Authority had notified the Telecommunication (Broadcasting and Cable) Services Interconnection (Addressable Systems) (Third Amendment) Regulations, 2021 on 11th June 2021, by incorporating new regulation 4A and Schedule-IX in the Interconnection Regulations, 2017, seeking to address "various issues arising out of deployment of non-standard CAS and SMS in television broadcasting sector".

"The release of the Test Guide Document is an important step in implementation of the requirements specified under Schedule-IX (incorporated through an amendment in 2017 regulations) for technical compliance of CAS and SMS," TRAI Chairman Vaghela said while addressing the event.

The rollout of the testing and certification of the CAS and the SMS will succeed in achieving the desired benefits "such as better content security, factual reporting of the subscriber base, reduce revenue loss, eventually leading to improved consumer experience," he added.

Representatives from industry including major broadcasters and distribution platform operators (DPOs), expert bodies like C-DAC, STQC, BECIL and TEC participated in the event organised to launch the test guide document, the TRAI said in a statement later.

In September last year, the TRAI had designated the Telecommunication Engineering Centre (TEC) as the testing-and-certification agency for the operationalisation and oversight of a framework for technical compliance of the Conditional Access System (CAS) and the Subscriber Management System (SMS), notified for the broadcasting and cable sector recently.

According to an order then issued by the telecom regulator, the TEC, an arm of the DoT, will carry out the overall administration, coordination and execution of testing and certification of the CAS and SMS.

It will also notify and maintain test schedules and test procedures, empanel and declare the list of accredited testing laboratories that fulfil the requirements for carrying out the testing, provide certification for all products tested and certified by the accredited testing laboratories, and maintain the version and deployment details of the CAS and SMS deployed in India.

"We will soon be able to designate a few laboratories for testing," RR Mittar, who heads the TEC, said while speaking at the event.