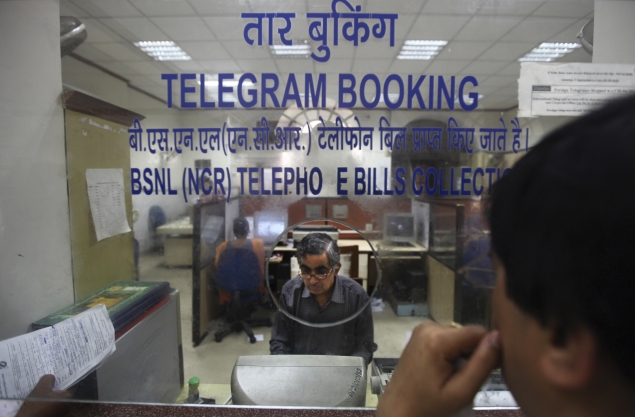 State-run telecom firm BSNL, which closed telegram service on July 15 this year following a huge shortfall in revenue, suffered a loss of Rs. 132.79 crore in 2012-13 for the service.

The company earned a revenue of Rs. 9.89 crore as against an expenditure of Rs. 142.68 crore in 2012-13, Minister of State for Communications and IT Milind Deora said in a written reply to Lok Sabha.

"The telegraph services have been discontinued w.e.f July 15, 2013. New modes of communication are more economical, faster and more reliable in comparison to telegraph services which led to a decreased usage of these services over time and declining revenues for BSNL," Deora said.

Deora said after the closure of services, the telegraph offices are being used by BSNL for meeting customer needs.

"The services of employees previously working on telegraph services are being utilised in customer service centers and other services offered by BSNL," he said.

Deora added no employee of BSNL has lost his job on account of closure of the service.

The first experimental electric telegraph line was started between Kolkata and Diamond Harbour in 1850 and it was opened for use by the British East India Company the following year. In 1854, the service was made available to the public.

There were about 75 telegram centres in the country, with about employees to manage them.