Telefonica in fibre optic deal with Vodafone, Orange in Spain 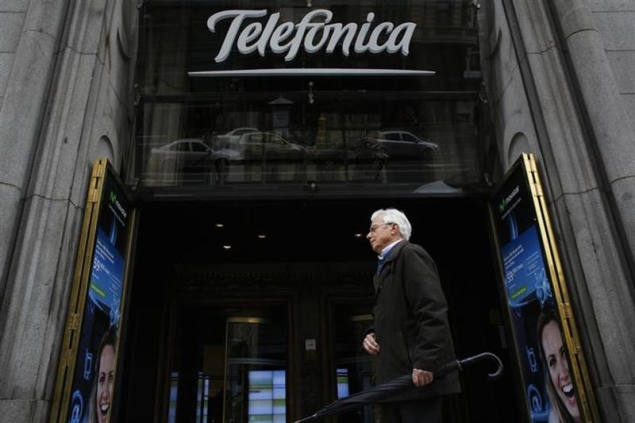 Spain's biggest telecoms company Telefonica signed an agreement with rivals Vodafone and Orange on Tuesday, granting them access to its fibre optic network to roll out faster broadband for customers.

Vodafone and Orange will make a one-off payments on individual installations to share them for no less than 20 years and Spain's telecoms regulator CMT will set prices, the three companies said in a statement. They gave no further details of the payments.

The agreement is reciprocal for the three firms, though as Telefonica's fibre network currently reaches over 2 million homes the deal is more attractive immediately for Vodafone and Orange.

Telefonica said in return, when these companies roll out their own networks where Telefonica does not have coverage, it will ask to share them.

Vodafone and Orange, which in April had asked the CMT to intervene in talks with Telefonica over fibre optic connections into individual homes, teamed up earlier this year to build a fibre optic network offering fast broadband speeds.

Both companies plan to invest up to 1 billion euros in their joint network that will bring fibre optic to 6 million homes.

In recession-hit Spain, where 27 percent of the workforce is unemployed, telecoms operators face tough competition as they slash prices and try to hold on to customers.

At the end of 2012, only 252,388 of Spain's 9 million residential broadband internet connections were via fibre to the home, according to data from the CMT.