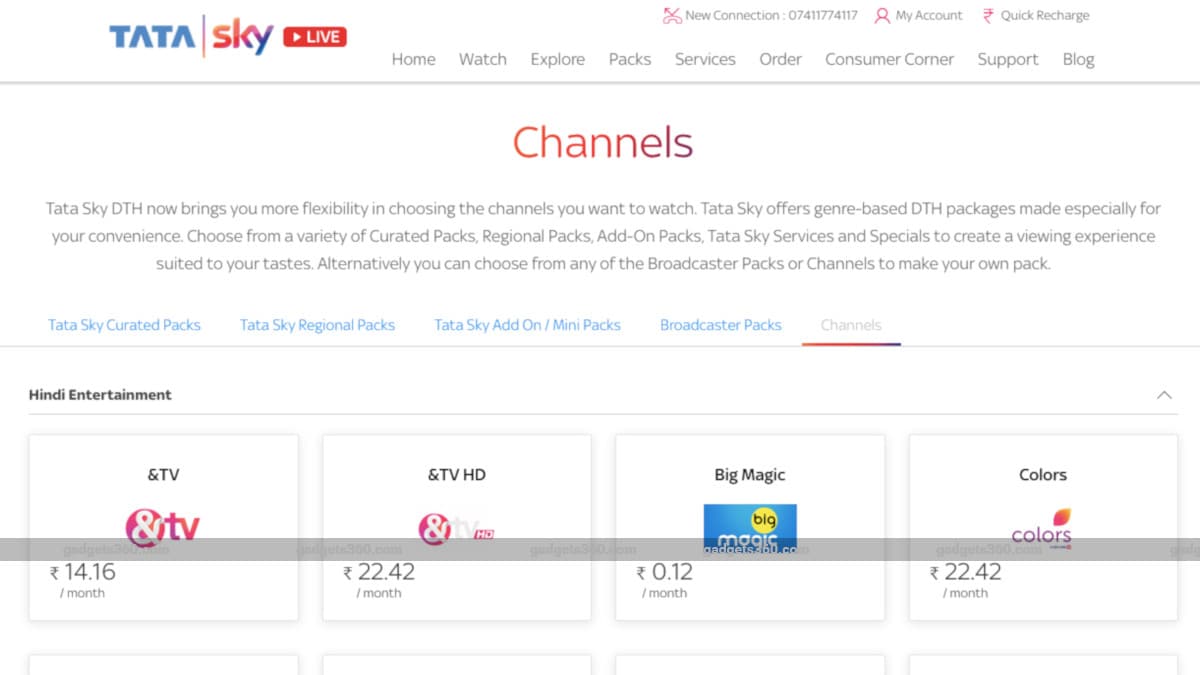 Tata Sky services continue to have a lock-in period

To recall, after the introduction of new TV channel guidelines by TRAI earlier this year, the DTH operators, including Dish TV and Tata Sky, started putting lock-in period for channels and channel packs. Thus, restricting the seamless channel package management, which was one of the intentions behind the new TRAI regulations. After a lot of hue and cry from the consumers, DTH operators have finally relented.

Earlier, the DTH operators had also stopped charging network capacitive fee (NCF) beyond the base NFC of Rs. 130 + taxes for free-to-air channels.