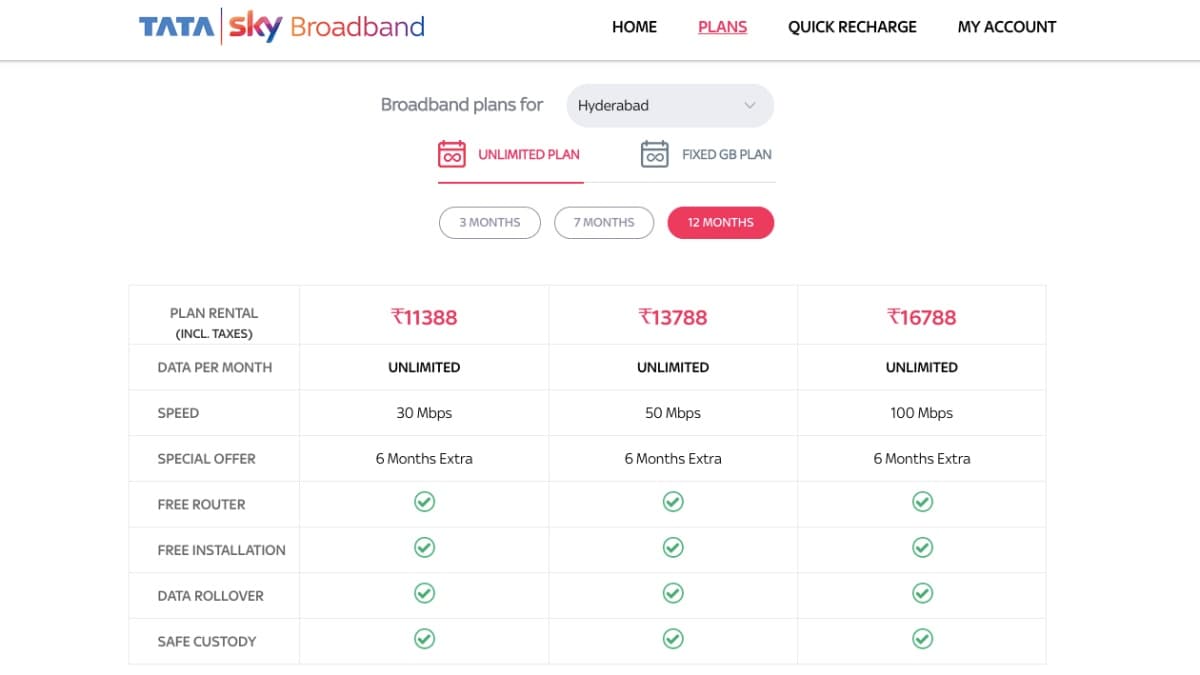 Tata Sky Broadband service is available in 21 cities in India

Tata Sky Broadband has started offering free additional three to six months of usage of its annual payment plans in select cities as it prepares for the commercial launch of Jio Fiber. The consumers of Tata Sky Broadband in Jodhpur will get free 12 months of additional usage on 18-month plans. This 12 months of free usage is not available in any other city. While the extra validity is available on unlimited plans in most cities, some cities are also getting the same on Fixed GB plans.

It is important to note here that Tata Sky's unlimited plans come with a FUP, depending on the plan. After the monthly data allowance is exhausted, the Internet speed will be reduced to 1Mbps. Thankfully, the ISP is providing data rollover support, so you will be able to use the remaining high-speed data allowance from the previous month.

Tata Sky Broadband had introduced the new unlimited data plans in June this year with free router and installation in select cities. The speed and the price of the plan varies across the 21 cities where Tata Sky Broadband operates. You can all find all about the Tata Sky Broadband plans on the company website. Telecom Talk was first to spot the new offers.