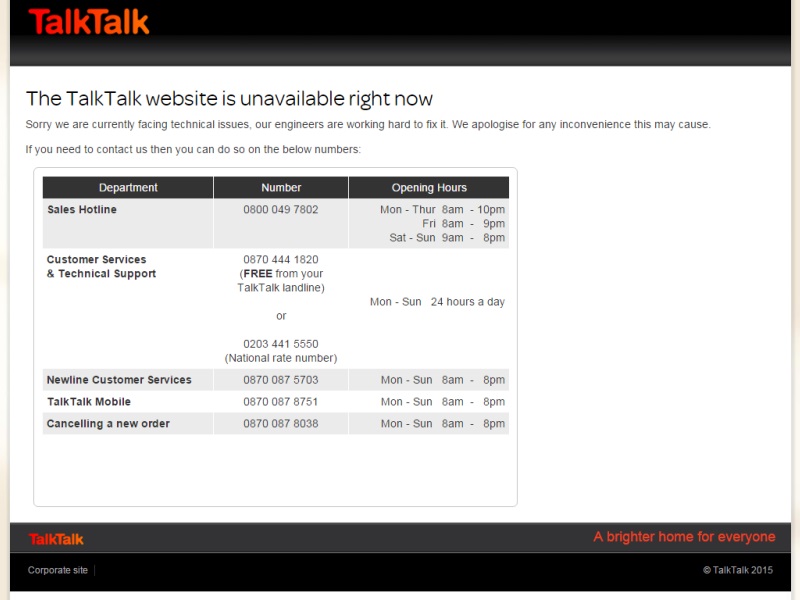 Phone and Internet service provider TalkTalk said Friday that private data from its 4 million British customers may have been compromised in a "significant and sustained" cyber-attack on its website.

Chief Executive Dido Harding said "there is a risk that all of our customers' personal data has been accessed," including credit card and bank details.

She said she was unable to say whether customers' information had been encrypted.

London's Metropolitan Police says its cybercrime unit is investigating "an allegation of data theft from a telecommunications website" reported on Wednesday.

TalkTalk has acknowledged that it realised it was under attack on Wednesday. It has been criticised for not telling customers for more than a day.

It is the third known cyber-attack in a year on TalkTalk, which provides mobile phone, broadband Internet and pay television services.

Shares in the company plunged more than 7 percent Friday morning to 248.4 pence on the London Stock Exchange.