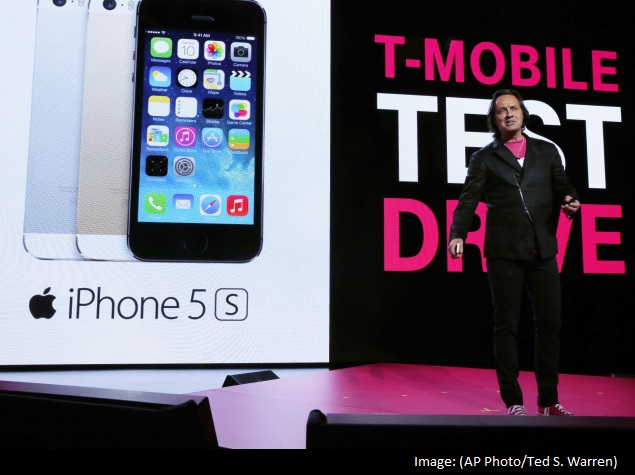 T-Mobile US, the fourth-largest American phone carrier, has spent the past year and a half introducing aggressive new offerings to lure customers. Late Wednesday, the company said it would add to those offerings with unlimited streaming music and the ability to test-drive an iPhone.

The company's moves have helped attract millions of people to T-Mobile. And they have also impressed federal antitrust regulators, who have publicly patted themselves on the back for resisting a potential merger between T-Mobile and AT&T in 2011.

Now, T-Mobile is in talks with Sprint, the third-largest carrier, for a $32 billion merger. A deal could be announced this summer.

The innovative programs being introduced by T-Mobile could test regulators' resolve. If having four major carriers has helped push the companies to compete for customers, as some antitrust regulators believe, why approve consolidation?

William J. Baer, the chief of the Justice Department's Antitrust Division, noted in a speech this year that the effect of regulators blocking the AT&T and T-Mobile merger was "driving enormous benefits in the direction of the American consumer."

"Since AT&T terminated its effort to eliminate T-Mobile as a rival, T-Mobile has spearheaded increased competition in wireless services," Baer said. He cited, as one example, T-Mobile's $4 billion investment in improving its cellular network.

But John J. Legere, T-Mobile's chief executive, said in an interview Wednesday that innovation and competition would only intensify with a merger.

"What we're doing is we're showing the United States' wireless users and the industry a glimpse of what competition looks like," he said. "We're making a demonstration that could continue. Would consolidation help that? Absolutely."

T-Mobile said Wednesday that it had teamed up with popular streaming music services including Pandora, Slacker Radio, Spotify, Rhapsody and Apple's iTunes Radio. Music streamed from those services would not be counted against a user's data plan.

All T-Mobile customers subscribed to its current plans, called Simple Choice, will be eligible for the free streaming.

T-Mobile also said that it would introduce UnRadio, a new online radio service with Rhapsody. Unlike many traditional Internet radio services, UnRadio will be an ad-free service that allows people to listen to specific songs and skip others as much as they want. It will be free for customers subscribed to T-Mobile's unlimited data plans and $4 a month for other T-Mobile customers.

The carrier also announced an exclusive arrangement with Apple, offering the ability to try out an iPhone on T-Mobile's network for a week, with no obligations to keep the phone after the trial or to pay a restocking fee to return it. (Verizon used to offer a similar program for testing phones on its network but discontinued it in 2009.)

In January, the company said it would cover the early termination fees for consumers who leave their carrier. It has also eliminated other consumer frustrations, like strict two-year contracts or hefty fees incurred from using a smartphone overseas.

As a result, T-Mobile has added millions of customers to its network over the last year, and its competitors have been forced to react. For example, AT&T and Verizon, the top two carriers, now both offer similar phone plans to match T-Mobile's contract-free option.

On Tuesday, Legere took to Twitter to express annoyance about one of his competitors, AT&T. Legere was commenting on a report that AT&T would be the exclusive service provider for a much-anticipated smartphone from Amazon. He pointed out that when two big companies team up, consumers are left with fewer choices.

"When #big (@ATT) and #bigger (@Amazon) get together, the industry feels a whole lot smaller," Legere tweeted. "The odd thing is, big + bigger = fewer options for customers."

Opponents to the merger have made the same argument that Legere did about Amazon and AT&T: That if T-Mobile and Sprint teamed up, it would amount to less competition and fewer choices for consumers.

"No matter how they dress up this deal, it still amounts to a reduction in competition," said Susan P. Crawford, a visiting professor at Harvard Law School and author of "Captive Audience," a book about mergers in the telecommunications industry. "We'll be moving from four to three nationwide wireless carriers."

Tom Wheeler, chairman of the Federal Communications Commission, has also noted how the blocked T-Mobile and AT&T merger has improved competition in the mobile business.

"Look at what happened," he said in an address last year. "Following the signal that the FCC is committed to a competitive mobile marketplace, both T-Mobile and Sprint have been able to attract significant investment capital to build out their networks and increase competition in the mobile industry."

Although T-Mobile has also grown significantly since it began offering its new plans, some say the company is on shakier footing than the droves of new subscribers might suggest. In the first quarter this year, despite adding over 2 million new subscribers, T-Mobile posted a loss of $151 million, in contrast to a profit of $106 million in the same quarter a year ago.

"The challenge is that everyone sees what T-Mobile is doing today as evidence that it doesn't need Sprint, but I think it's frankly unsustainable," said Jan Dawson, an independent telecom analyst for Jackdaw Research.

Legere said T-Mobile would need scale and resources to compete over the long term. There are multiple ways to achieve that, he said, including teaming up with another carrier.

"I think it's a long dialogue, and I think everything we're doing is a positive" in demonstrating that competition can exist in this market, Legere said.