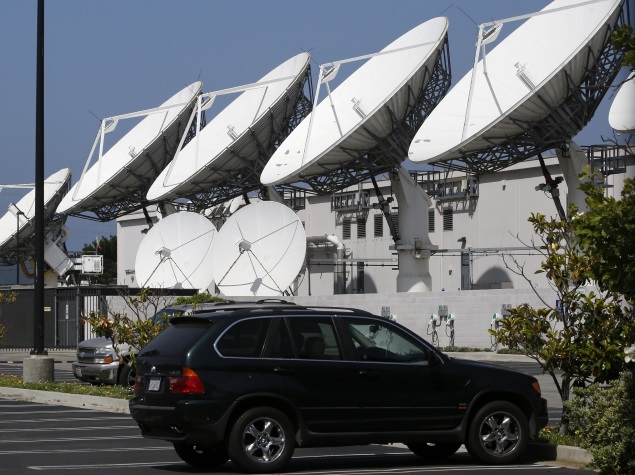 Trust an ex-telecom minister who is also a legal eagle - an attribute he shares with current incumbent Ravi Shankar Prasad - to point out a "crucial flaw" in the on-going spectrum auctions.

Kapil Sibal says this is "a government of hiccups, that doesn't think things through and has come up with a flawed auction design".

He says his mobile phone drops calls on an average of four times during the few kilometres journey from his Supreme Court office to his current home in central Delhi.

"This didn't happen earlier" when he looked after the ministry, Sibal told IANS. "It is because telecom infrastructure is severely over-stretched, and with the government taking all the money upfront, there will be even less available for building infrastructure," he said.

The crux of the problem, he says, is in the current auction where high base prices may mobilise large revenues for the government and may be seen as successful. But there is a flip side to this in the form of resource commitments by companies to buy scarce spectrum and the added pressure on an acutely stressed larger financial system.

"The telecom sector is hugely in debt to the extent of Rs. 3,40,000 crores. Now, in paying for the high spectrum prices, there'll be no money for investment in infrastructure," the former minister said.

For instance, state-run State Bank of India has lent around Rs. 40,000 crores to telecom companies.

In the current ongoing auctions, Idea Cellular is said to have already committed Rs. 30,000 crores. It is followed by Vodafone, at around Rs. 24,000 crores, and Bharti Airtel at Rs. 21,000 crores. They are among the eight companies that are bidding for spectrum.

"With such massive commitments, the companies won't be able to pay back to lenders, who then have to restructure these loans. Such bids would lower return on equity and force firms to raise call costs," Sibal said.

The load on the larger system can be gauged from the fact that non-performing assets (NPAs), or distressed debts, of public sector banks rose to 5.33 percent of total advances in September 2014, from 4.72 percent in March 2014.

Stalled projects have been adding to banks' NPAs and the finance ministry's latest Economic Survey says that, as in December-end, these amounted to Rs. 880,000 crores-worth.

Analysts estimate a drop in earnings of up to 33 percent for Bharti Airtel and Idea Cellular in the 2017-18 financial year, owing to the cost of renewing their airwaves in the latest auctions.

He pointed out how, instead of consolidating defence and commercial spectrum into discrete segments, the government is selling tiny slices of bandwidth across a wide range, thereby creating scarcity and driving up prices.

It comes down to a question of models and of choices being made, Sibal says.

"Auctioning will bring you more revenues, but it is not the only model. A government can also not choose to take all the money upfront and opt for production-sharing model over time, like there is for oil exploration," he said.

Underlining that a government's main objective should be to increase production and generate employment, Sibal said the industrial policies of many Indian states are based on giving land at subsidised rates for industry.

"If auction is the only model, why don't they auction school land... Punjab is a good example where for industrial development, a lot of land was given at very subsidised rates.

"There are many countries where resources are not auctioned. The Chinese boom wouldn't have happened if the government didn't give land free to enterprises so that they could invest fully in production," Sibal said.

Lamenting that the days of cheap mobile telephony were over, which could put paid to the country's mobile telecom revolution, Sibal said these auctions had sacrificed public good, which is the objective of governance.

"I have never said that the government will not earn more by auctions, of course it will, but that cannot be the objective. The government has to work to achieve the maximum benefit to help achieve the ends of public good."

HTC One M9 Plus, One E9 Launch Expected at Company's April 8 Event
Flipkart Says Aims to Generate 2 Million Jobs in 2015